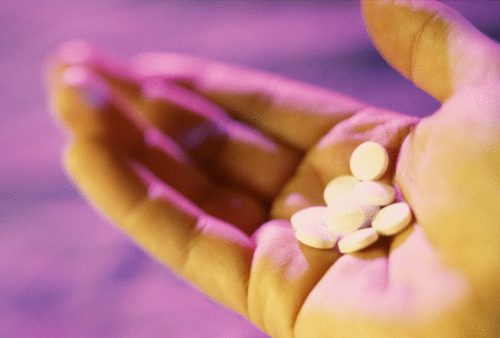 As if there wasn’t enough to worry about when it comes to painkillers and the warnings associated with them, there now appears to be a whole new concern, and it’s one that you might now expect. New research is showing an alarming trend when it comes to the use of pain relief products such as ibuprofen or acetaminophen, and loss of hearing.

Pain Relief at the Cost of Hearing Loss?

Research has noticed trends in pain relief, especially in women who use pain products two or more days a week . This study shows that the test group of women had a much higher risk factor for hearing loss. They say the connection between the two was considerably stronger among women who were younger than 50 years old and got much stronger if the women took these painkillers (such as ibuprofen) more than 6 days a week.

What could be one of the most interesting points of the study was there didn’t appear to be a link between taking aspirin and hearing loss, which shot down the potential for a hypothesis about  pain relief and painkillers and the effect on hearing loss. The study was originally speculated to sweep across all over the counter pain medications, but the results definitely fell short of that conclusion.

There are naysayers of the study findings that take issue with the idea that hearing was not actually medically tested during the course of the study. What happened was test participants were asked to fill out a questionnaire about certain symptoms of taking over the counter pain relievers, and experts say that while it could provide some insight, allowing no medical testing of the test participants hearing leaves a huge margin of error. Experts say that accuracy goes down significantly.

It is common knowledge that widespread use of pain relief medications has become a big problem and some form of intervention is needed to keep dependency on these drugs in check. While many think they are safe medications due to their widespread availability and advertising – most doctors and healthcare practitioners say that all instructions, warnings and side effect notices on the packaging should be paid close attention to, and if you have any questions about drug interactions, or are in need of further information, to ask your doctor or pharmacist immediately. And special care should always be taken if the drugs need to be used on a daily basis for an extended period of time.


The Pain Relief Study and the Results on Hearing Loss

Of the women in the study who were being monitored, the ones who said they took ibuprofen two or three days a week were 13% more likely to have some hearing loss. That’s compared to women who took ibuprofen infrequently (which was measured as less than once a week). When it came to women who took acetaminophen frequently – up to 3 days a week – did a bit better, with 11% being more likely to report hearing loss compared with those who took the drug on an infrequent basis.

The most clear and obvious results showed that women who took ibuprofen or acetaminophen (almost every day) or more than five or six days a week had risk factors for hearing loss listed at up to 24%.

The pain relief and hearing loss study involved more than 62, 000 women from the years 1995 to 2009, with a grand total of 10,000 women reporting they had hearing loss afterwards.