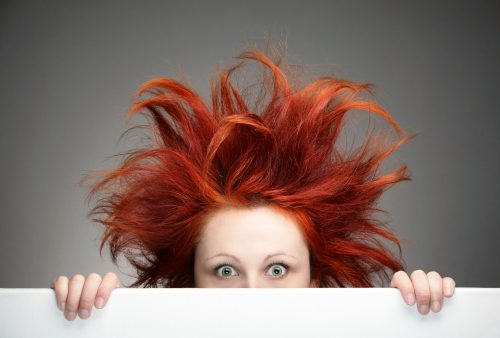 There are a lot of crazy pain myths out there, but as implausible as it may seem, the ‘myth’ that redheads are more sensitive to pain, may not actually be a myth at all. Although it sounds crazy, there have been multiple scientific studies that have proven that natural redheads in the very least experience pain differently than the rest of the population.

Redheads in Pain…Is This a Pain Myth?

Anesthesiologists (the people who administer pain relieving anesthesia before medical procedures) have long believed that redheads need higher levels of anesthesia in order to be knocked out. As farfetched as it may sound, researchers at Southampton University Hospital conducted a study that actually confirms this belief. For the study, the researchers recruited redheads as well as people with black, brown and blond hair and they gave them anesthesia and then gave them small electric shocks on their thighs. The researchers found that the redheads needed 20 percent more anesthesia in order to relieve the pain caused by the shocks.  An unrelated study also found that redheaded men and women actually require 20 percent more anesthesia in order to experience pain relief than the rest of the population.

Another study compared the pain tolerance of redheads to the pain tolerance of brunettes. The volunteers for the study were exposed to very cold temperatures and the redheads claimed that they felt a chilling pain at 6 degrees C. The brunettes on the other hand, did not report feeling a chilling pain until the temperature dropped to zero.  Other studies have found that redheads bruise more easily and they not only experience a much greater fear of the pain associated with visiting the dentist, they are also twice as likely to avoid dental procedures because of their fear. The exact reason why redheads experience pain differently than their non-ginger counterparts is unknown, but scientists suspect that it has something to do with the mutation of a certain gene, called the MC1R gene.

Although the redheaded/pain myth may not be a myth after all, there are a bunch of actual pain myths worth mentioning. The first myth is that pain in infancy doesn’t matter because babies will forget it. Even newborns have nervous systems that are developed enough to cause adverse physical effects in reaction to pain, such as: increased heart rate, increased stress hormones, trouble breathing and poorer outcome following surgery. Another pain myth worth dispelling is that men are better at handling pain than women, which is simply not true.

An additional common pain myth is that emotions can’t cause physical pain. In fact, negative emotions such as anxiety, depression and stress, can not only cause pain, they can also intensify feelings of physical pain and make pain relief more difficult. Finally, there is a myth that conventional medicine techniques produce greater pain relief than alternative techniques. On the contrary, alternative approaches to pain such as the utilization of guided imagery, yoga, exercise, acupuncture and biofeedback, have the ability to relieve a variety of types of pain equally as well or better than conventional approaches