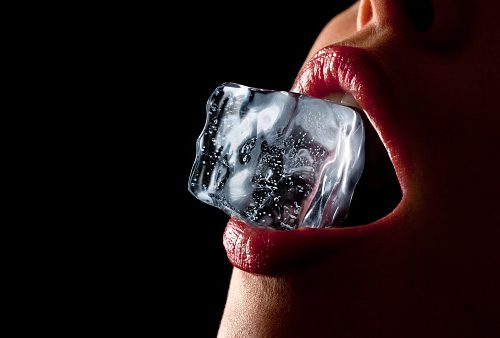 Pagophagia is an addiction to ice generally caused by an iron deficiency or anemia. Ice can be used to chill drinks. Its cold, crunchy texture is particularly refreshing on the hottest of days. Usually, we add some ice to a beverage, allow the beverage to cool and watch the ice melt. For some though, who have pagophagia, their love for ice goes beyond cooling drinks. In fact, if a person has pagophagia they are actually addicted to ice.

Before you start asking yourself, “Why would a person be addicted to ice?” the disorder isn’t just an addiction. When someone craves ice it’s usually linked to an iron deficiency – or anemia. Pagophagia comes from an eating disorder called pica. Pica is when an individual craves and chews on something with no nutritional value – ice being one of them.

Causes and symptoms of pagophagia

Pagophagia occurs in response to a possible iron deficiency. Iron is required by red blood cells, and when iron is low there are not enough red blood cells in the body to perform normal functions. Anemia commonly affects women. Sources of iron include meat as well as vegetables. To ensure you maintain proper iron levels it’s suggested you take iron along with vitamin C as it boosts absorption.

Symptoms of pagophagia include a strong craving for ice, as well as symptoms associated with iron deficiency including fatigue and weakness.

There are a few risks associated with pagophagia. Continuous chewing on ice can actually damage teeth and gums. Teeth, molars and fillings may crack under the pressure of chewing ice.
There are also many dangers associated with low iron. Because iron is necessary to carry oxygen in red blood cells, a lack of iron can lead to tiredness and weakness.

If you are anemic, depending on the severity a doctor may recommend iron supplements to boost iron quickly. Additionally, it is a good idea to consume iron-rich foods including dark leafy greens, red meat, enriched cereals and beans.

If you begin to notice a taste for frozen water, you may want to request a blood test to check your iron levels.

Treatment and Diagnosis of pagophagia

Although there are no specific tests for pagophagia, blood tests are conducted to confirm a diagnosis or anemia or iron deficiency which is the primary cause of pagophagia. In order to treat pagophagia, the iron deficiency must be treated through supplementation and an iron-rich diet. In order for iron to be best absorbed it’s advised it is taken along with vitamin C. For example it may be wise to drink orange juice with your iron supplement or orange juice along with a meal which is high in iron.

If iron levels are severely low iron may be supplemented through intravenous treatment but that is dependant on your levels. Your doctor will be able to determine and recommend the best form of treatment based on the severity of your anemia.

Iron-rich foods for your daily diet