Osteoporosis is typically seen as a female condition, but men can still develop it. Osteoporosis is a bone disease that increases the risks of fractures, as the bones become weaker and more brittle over time. There are many factors that increase the risk of osteoporosis, including a lack of calcium, age and being female.

In 2015, a lot of news came to light in regards to osteoporosis, including prevention tips and treatment breakthroughs. Please enjoy Bel Marra Health’s 2015 roundup of osteoporosis news articles to not only educate yourself on the disease, but to create a better outcome for future generations in 2016.

A team of researchers found a rare gene linked to osteoporosis. 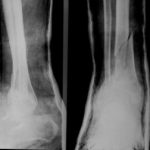 A rare gene – the EN1 gene – has been identified as a potential osteoporosis cause by researchers at McGill University. With the use of extensive genetic data from the UK10K project, the research team uncovered that a variant of the EN1 gene has a large effect on bone mineral density (BMD).

Lead research Dr. Brent Richards said, “EN1 has never before been linked to osteoporosis in humans, so this opens up a brand new pathway to pursue in developing drugs to block the disease.” Supplementing author Vince Forgetta added, “The effect of this uncommon genetic variant that we identified in this gene is twice as large as any previously identified genetic variants for BMD and fracture.” Learn More

A new study revealed that exercise can help reduce the risk of bone fractures. 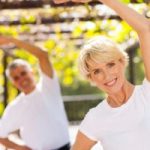 A recent hip hop study – no not the music, we literally mean hopping – has shed some light on how to reduce fractures risk, specifically fractures from osteoporosis. The study, conducted through a special mapping technique at the University of Cambridge, demonstrated that just two minutes of hopping per day could strengthen hip bones and reduce the risk of fractures after a fall.

Men over the age of 65 took part in a number of hopping routines that put stress on their hips. Hopping meant researchers could make comparisons between legs. CT scans were taken and analyzed through a bone mapping process that showed clear differences between the legs. After a full year of hopping, bone mass increases were observed. Most startling was that there were improvements in the thinnest areas of the bone. These areas are most at risk of fracture after a fall. Learn More

Researchers found that a growth hormone can reduce fracture risk in older women. 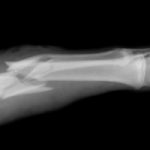 Estimates reveal one in four women over the age of 65 have osteoporosis of the hip or spine. Hormones are thought to play a large role in the development and onset of osteoporosis. When women go through menopause, production of estrogen is greatly reduced thus weakening bones. Research now suggests that a growth hormone can greatly reduce the risk of fractures due to osteoporosis in older women.

Osteoporosis is a chronic condition where bones become weaker over time, resulting in an increase of fractures. Researchers examined the role of a growth hormone for its ability to reduce the risk of fractures. Learn More

Menopause and Osteoporosis: Protection against osteoporosis in menopausal women may be possible with soybean foods

Soy protein and isoflavones can help prevent osteoporosis during menopause. 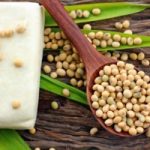 Recent research suggests that a diet rich in soy protein and isoflavones can protect menopausal women from developing osteoporosis. The findings were presented at the Society of Endocrinology conference.

As they contain certain isoflavones which act like estrogen, soybean foods play a crucial role in helping against bone loss.

Researchers from the University of Hull gave 200 women in early menopause a daily supplement of soy protein with soy isoflavones or just a supplement containing soy protein. The researchers analyzed changes in bone activity from the women’s blood. Learn More 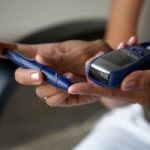 An alternative study revealed that the duration of diabetes also plays a role in bone health. They found that even women who had type 1 diabetes for less than five years had a 12.25 increase in bone fractures when compared with non-diabetic women.