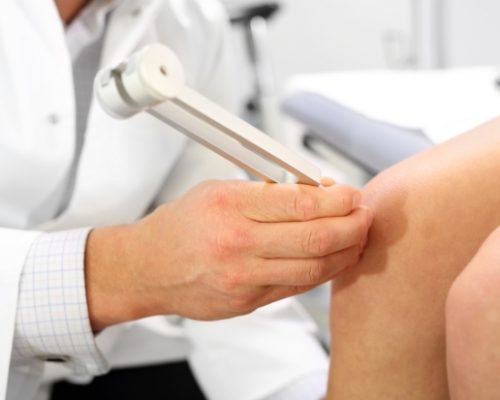 Osteoporosis risk in women is linked to subjective well-being, a factor for higher bone density. Osteoporosis is a bone disease that leads to the loss of bone mineral density, which makes the bones weak and increases the risk of fractures. This condition is often seen among older adults, especially in women. The researchers found that older women with greater life satisfaction had lower rates of osteoporosis, compared to women who reported they were unsatisfied with their lives.

Data was collected from the Kuopio Osteoporosis Risk Factor and Prevention (OSTPRE) Study where researchers investigated various risk factors for osteoporosis and bone fractures. The respondents completed mail-in surveys and also underwent bone density measurements. Life satisfaction was measured using four questions pertaining to participants’ interest in life, and easiness of life, happiness, and loneliness. Based on their replies, the respondents were classified into one of the three groups: the satisfied, the middle group, and the unsatisfied.

In addition to the other risk factors for osteoporosis – which include low levels of physical activity, light body composition, smoking, low intake of calcium and vitamin D, as well as some drugs and medical conditions – the researchers suggest that subjective well-being is another important factor to consider when assessing one’s bone health. Improving one’s life satisfaction is another small way of helping to prevent bone mineral loss and to reduce the risk of bone fractures.

Why does osteoporosis affect women more than men?

Osteoporosis affects women more than men, but why? Women make up nearly 80 percent of the 10 million Americans who have osteoporosis. Roughly one in two women over the age of 50 will experience a bone fracture. There are several reasons for higher prevalence of osteoporosis among women. To name a few, female bones tend to be thinner and the levels of the hormone estrogen (known to protect bones) drop significantly after menopause.

Below are some statistics showing the prevalence of osteoporosis among women of different ethnicities.

Latina women: Ten percent of Latina women over the age of 50 have osteoporosis. Many Latina women are lactose intolerant and there is an increase in hip fracture cases among Latinas in the U.S.

Aside from a drop in estrogen, there are other factors that play a role in a woman’s risk of developing osteoporosis. For starters, the amount of bone a woman has by the time she reaches menopause plays a role, along with the rate of bone loss that occurs after menopause – for some women, this can be a slow process, while others lose bone quickly.

For some women, it is beneficial to undergo hormone replacement therapy, which not only aids in menopause symptoms but can also offer greater protection against bone loss resulting from the declining levels of estrogen.

Even though you may think being a woman automatically signs you up to develop osteoporosis, this is not always the case. There are strategies to help lower your risk of osteoporosis, which include eating a calcium-rich diet, getting in adequate vitamin D, exercising regularly, minimizing your caffeine and alcohol intake, and not smoking.

Osteoporosis linked to coronary heart disease in older people, both could have similar causes: Study