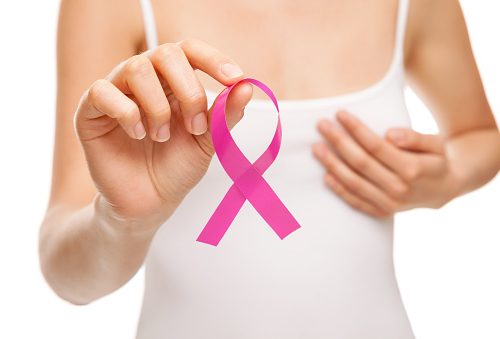 Osteoporosis drug denosumab may lower breast cancer risk in women, according to research. The Australian researchers found that women who have a high risk of breast cancer may greatly benefit from a bone loss drug as it was found to halt cancer cell growth contributing to tumors. Women with the BRCA1 gene mutation are at a greater risk for breast cancer, compared to women without it.

The research is still at its early stages, so you won’t find denosumab commonly prescribed as a means to lower breast cancer rates just yet. The findings must first be reproduced in a large human trial.

When BRCA1 and BRCA2 genes are healthy, they work to repair DNA, but if either gene develops a mutation, the risk of ovarian and breast cancers increases.

Preventative breast cancer surgery for women carriers of the dangerous mutation includes removal of the breasts along with frequent screening. Emma Nolan at the Walter and Eliza Hall Institute of Medical Research in Victoria explained, “We were interested in finding an alternation option, a nonsurgical approach for these women.”

The researchers looked at the breast tissue donated from a woman diagnosed with BRCA1 mutations. They then isolated distinct groups of cells that grew rapidly and appeared to be precursors of breast cancer.

The researchers found that denosumab blocked the growth of these precursor cancer cells.

“We are very excited by these findings because it means we’ve found a strategy that might be useful to prevent breast cancer in very high risk women, particularly BRCA1 mutation carriers,” explained Geoff Lindeman, a medical oncologist at the Royal Melbourne Hospital. Clinical trials on humans are currently underway to test the effectiveness of denosumab.

What are BRCA1 and BRCA2?

BRCA1 and BRCA2 are genes that produce tumor-suppressive proteins. They are also responsible for repairing damaged DNA and play a role in the stability of cells’ genetic material.

A mutation of BRCA1 and BRCA2 has been linked to an increased risk of breast and ovarian cancers. Combined, they account for 20 to 25 percent of hereditary breast cancers and five to 10 percent of all cancers.

Breast and ovarian cancers that result from a genetic mutation of BRCA1 and BRCA2 often occur in females of younger ages, compared to nonhereditary cancers.

Aside from genetic mutations, there are other factors that play a role in a woman’s risk for ovarian or breast cancer as well. These include family history, mutation specifics, and reproductive history, for example. Although these other factors may play a role, they do not seem to be as definitive as the BRCA1 and BRCA2 gene mutations.

If your doctor has detected either mutation, they will screen you regularly for any cancer development.

Osteoporosis linked to coronary heart disease in older people, both could have similar causes: Study

A potential new risk of heart disease has just been discovered. In fact, it has to do with osteoporosis. If you’re over the age of 50, you’re at higher risk of developing osteoporosis – women and men alike. Osteoporosis is when the bones in our body become weak and brittle and can increase the risk of fractures. Continue reading…