Home » Anti-Aging » Memory » Do this one thing for stronger memory 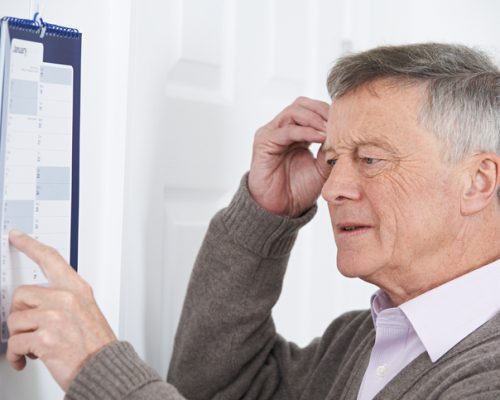 You may think forgetting a name or a birthday is just a normal part of aging, but new findings suggest that a very common condition that affects millions worldwide could actually be the culprit behind your forgetfulness.

A new study has found a link between diabetes and memory loss among seniors. The study noted that diabetics who do not have their condition under control may experience difficulties recalling specific events that took place some time ago or even recently.

The researchers reviewed results from four memory tests completed between 2006 and 2012 by 950 older adults with diabetes and 3,469 without the condition.

Participants with diabetes and elevated blood sugar performed worse on the first round of memory tests and also experienced greater memory decline with each passing test until study completion.

Lead study author Colleen Pappas said, “We believe that the combination of diabetes and high blood sugar increases the chances of a number of health problems… Our study brings attention to the possibility that worsening memory may be one of them.”
How exactly diabetes impacts the memory function is not revealed, but it may have to do with uncontrolled sugar levels causing damage to the brain cells that transmit messages in the hippocampus (the brain part actively involved in memory formation and storage).

Unfortunately, the study did not take into account the medications the participants took and only checked A1c levels once, so it’s hard to say whether medication interventions could improve outcomes or whether varying A1c levels played a role. Testing for A1c checks how much hemoglobin in the blood is coated with sugar. Higher A1c levels were associated with lower memory scores.

Nevertheless, the study findings do shed light on the impact of blood sugar levels on one’s memory function.

Dr. Joe Verghese who was not involved in the study commented, “Patients with diabetes can experience several brain changes that develop over time such as shrinkage of areas involved in memory and thinking as well as damage to blood vessels supplying the brain. Higher blood sugar levels may be detrimental for brain health even in older adults who do not meet formal criteria for diabetes but are in the grey zone.”

Diabetics should be made aware of the fact that even if their glucose levels are well controlled, they are still at a higher risk for memory problems and impaired cognitive function.