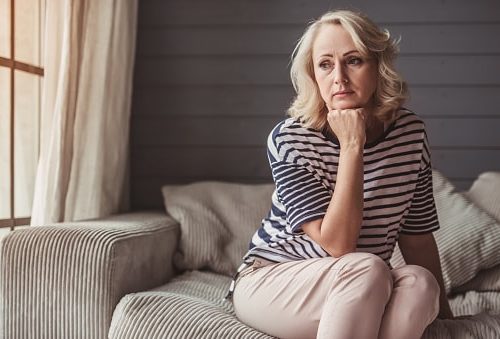 Getting older is one of the major contributing factors of memory loss. Over time, our ability to recall weakens. For some, this progresses to dementia or Alzheimer’s disease and eventually, these individuals no longer have any memory of who they are or the world around them.

Another risk factor that researchers and doctors are becoming increasingly aware of is depression. Depression can contribute to several different health problems including sleep problems and increased stress.

Researchers at Brigham Young University took a closer look at the link between depression and memory interference. Memory interference is when a person is unable to fully take in new information due to memories or thoughts.

The study included 98 adults who performed pattern separation tests. The participants answered questionnaires to assess depression and anxiety along with quality of sleep and activity level.

The researchers uncovered that those with higher depression scores were more likely to score lower on pattern separation tests — these are tests that present the individual with a series of objects on a computer screen, with some objects being familiar while others were not.

Those with depression had greater difficulty distinguishing between similar objects.

Professor Brock Kirwan explained, “There are two areas in your brain where you grow new brain cells. One is the hippocampus, which is involved in memory. It turns out that this growth is decreased in cases of depression.”

The researchers are hopeful that with additional research, they may uncover improved ways to treat depression.

Depression Linked to Atrial Fibrillation, Increasing the Risk of Stroke and Blood Clots