Home » Health News » This One Thing Can Help Prevent Falls 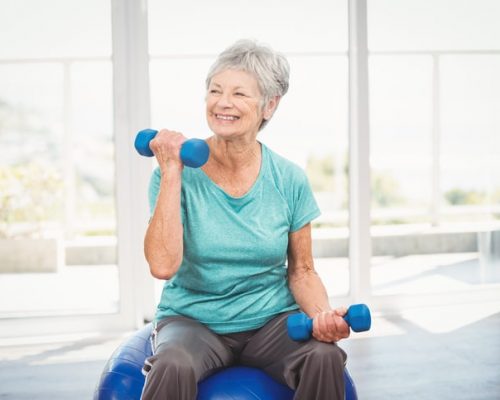 Falls are dangerous for older adults, as they can lead to disability, health complications, and even injury-related deaths. It has long been believed that to prevent falls, you should take calcium and vitamin D. But this notion of supplementation is being challenged and replaced with different advice.

The guidelines, which were published in the Journal of the American Medical Association, stated, “The USPSTF (United States Preventative Services Task Force) found adequate evidence that vitamin D supplementation has no benefit in preventing falls in older adults. [Instead it] recommends exercise interventions to prevent falls.”

The findings are based on a review of 11 randomized clinical trials involving over 51,000 individuals.

The report concluded that for elders “at increased risk for osteoporosis, those with vitamin D deficiency, or both, it remains reasonable to consider vitamin D supplementation (800-1000 IU/d or more), consistent with recommendations of other professional societies such as the U.S. Endocrine Society and National Osteoporosis Foundation.”