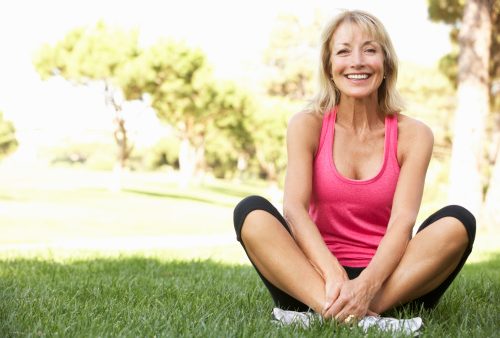 The mid-afternoon slump happens to us all. The activity of the day begins to wane, and along with it, your enthusiasm. Your energy supply exhausts and your energy tank goes on empty.

The quick and easy fix for this decline in energy comes in the form of a candy bar or espresso, loaded with enough sugar and caffeine to provide the boost you need to make it through the day. But all these quick fixes do is cause short-lived, imbalanced energy spikes and jitters. (Not to mention fluctuating blood sugar levels.)

But there is a better alternative.

Your body is designed to move and be active. You’re meant to walk, run, bend, twist, extend, reach, jump, and squat. Fortunately, these energy-boosting methods are as simple and effective now as they were hundreds of years ago.

According to a small study, the details of which are published in Physiology and Behavior, 10 minutes of stair walking increases energy more than the amount of caffeine in a soda or half a cup of coffee.

As part of the study, which was designed to compare the effects of caffeine and exercise on energy levels, the researchers recruited 18 female college students. They had average physical activity levels and caffeine intake, and they slept an average of 6.5 hours a night.

According to Patrick O’Connor, a professor of kinesiology at the University of Georgia in Athens, the research focused on women because they report low energy more frequently than men.

At the start of the study, the women completed cognitive tests measuring their attention, short-term memory, and reaction time. They also answered questions assessing their motivation levels and their feelings of energy.

The women were then divided into three groups. One group received a placebo pill. The second group received a caffeine pill containing 50 mg of caffeine. The women in the third group had to complete a 10-minute stair-walking exercise.

All three groups were then subjected to two more sets of cognitive tests. One was taken after 30 minutes and the other after 50 minutes. This was followed by another questionnaire that rated the women’s feelings of energy about 75 minutes after the experiment.

The same process was repeated two more times over three days. The groups switched so that each woman experienced each experimental condition.


Exercise better than caffeine for energy

Though the effect of exercise in this study was fairly short lived, there are other studies suggesting that multiple short bouts of exercise spread throughout the work day can offer more long-lasting energy.

Namrita Kumar, a researcher who studies exercise and attention at the Georgia Institute of Technology in Atlanta, cautions that a person’s fitness levels must be assessed to determine the intensity of exercise needed to be beneficial. A person with low fitness may be fatigued by intense exercise, which could work against any potential energy boost.

Related: 6 ways to have all-day energy without coffee

Do this every morning for more energy throughout the day