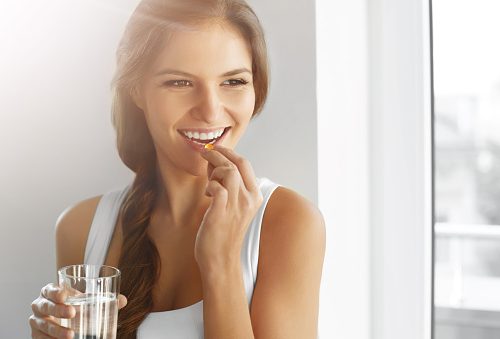 Omega-3 fatty acids are found in fish oil, various types of nuts, and some types of seeds. This consumable substance can help lower high triglyceride levels, effectively decreasing your risk for heart disease. Omega-3’s are also great for curbing stiffness and joint pain in rheumatoid arthritis while boosting the effectiveness of anti-inflammatory medications.

For most people, knowing that omega-3’s have proven effects is enough for them to start using them. Knowing exactly how the fatty acid achieves this is not of great priority.

“Some cannabinoids, such as THC in marijuana or endocannabinoids can bind to these receptors and elicit anti-inflammatory and anti-pain action,” said Aditi Das, a University of Illinois professor of comparative biosciences and biochemistry.

Marijuana is known for producing a euphoric effect when inhaled. This is mainly due to the active ingredient, tetrahydrocannabinol (THC). What most people don’t realize is that THC holds great medical potential for treating inflammation in patients as well.

A study using animal tissue has revealed that the chemical cascade that converts omega-3 fatty acids into cannabinoids has great anti-inflammatory benefits, without the psychotropic high.

The body can create its own cannabinoids that act to reduce pain and inflammation. There are specific cannabinoid receptors found all over the body and within the brain that only use cannabinoids to stimulate them. Cannabinoids found in marijuana and endocannabinoids produced in the body can support the body’s immune system. This makes it an attractive target for treatment development of anti-inflammatory therapies.


Finding the same action without the high

“Our team discovered an enzymatic pathway that converts omega-3-derived endocannabinoids into more potent anti-inflammatory molecules that predominantly bind to the receptors found in the immune system. This finding demonstrates how omega-3 fatty acids can produce some of the same medicinal qualities as marijuana, but without a psychotropic effect,” said Das.

This research helps to provide more information about how cannabinoids work and their effect on the body. To discover that the same compound found in marijuana is the same found in omega-3’s may help make the public view both with different eyes.

Looking For A Better Sleep? Increase Your Omega-3