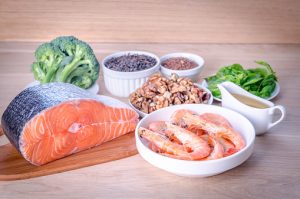 Study lead, Dr. Erika Saunders, said, “Omega-3 and omega-6 fatty acids can shift the balance of inflammation, which we think is important in bipolar disorder.”

Omega-3 fatty acids can be found in fatty fish, flax seed and oil, and vegetable oils. The study did not find a difference in consumption of omega-3 fatty acid foods between the two groups. The researchers were unsure if this was because of poor recall from the participants or because only certain foods were included in the study.

Researchers are now examining whether or not increasing omega-3 fatty acid intake could improve bipolar disorder.

Dr. Saunders added, “We are actively pursuing the next step in this line of inquiry, to get to the point where we know what changes in diets are going to help people with bipolar disorder so they can have another option beyond the medications that are currently available.”

The study was published in Bipolar Disorders.