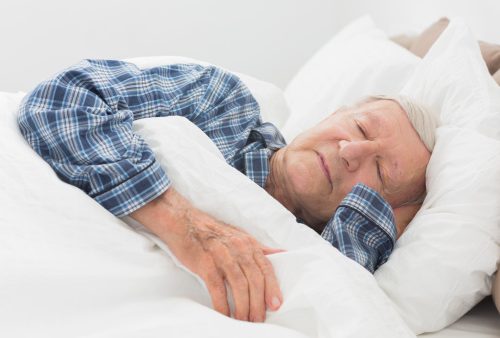 There’s at least one more reason to incorporate omega-3 into your everyday diet.

A new study by the University of Oxford’s Learning and Behaviour lab revealed that higher levels of omega-3 DHA – the group of fatty acids commonly found in algae and seafood – are linked to better sleep.

In their pilot, randomized trial, researchers looked to see if daily 600 mg algae supplements over 16 weeks would improve the sleep of 362 children. Four participants in 10 experienced regular sleep problems, such as resistance to bedtime, anxiety about sleep and repeated wakening during the night. They were fitted with wrist sensors monitoring their movements over five nights.

Following the testing, the children who were on a course of daily omega-3 supplements experienced roughly one hour more sleep and seven fewer waking episodes every night, compared to those who received a corn or soybean placebo. The findings, which were reported in Science Blog in March, will be published in the Journal of Sleep Research.

RELATED READING: Do You Know When It’s Time To Sleep? Your Brain Does

“To find clinical level sleep problems in… this general population sample is a cause for concern,” lead author and Oxford University Professor Paul Montgomery told Science Blog. “[But] various substances made within the body from omega-3 and omega-6 fatty acids have long been known to play key roles in the regulation of sleep.”

Generally, omega-3 fatty acids are found in salmon, walnuts and kiwi fruit. They are essential for normal brain function, helping to improve learning and memory, prevent attention-deficit disorders, dyslexia and dementia. They also fight against various mental illnesses, such as depression, bipolar disorder schizophrenia and dementia. In fact, the dietary deficiency of omega-3 in people has been linked to the increased risk of all of these conditions.

RELATED READING: How Your Sleeping Position Affects Your Health

Children, too, who take in increased amounts of fatty acids reportedly perform far better in school, reading and spelling at higher levels and exhibiting fewer behavioral problems in the classroom. Even more beneficial are omega-3 fatty acids from food items as they provide additional nutrients compared to regular capsule supplements.

Of course, more research is required because few children were involved in the study. Nevertheless, the latest trial by Oxford University researchers – the first ever to investigate sleep and the fatty acid status in healthy children – suggests that young people’s sleep can be dramatically improved by omega-3.

It’s just another benefit of adding fatty acids to your daily diet. So go out and get some maple mustard salmon today!

Related Reading:
Your risk for diabetes increases if you’re not getting enough of this

Natural remedies that will help you sleep better