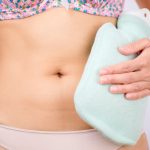 As such, many people assume that UTI’s are more of a younger woman’s problem, however this assumption is false. The sad truth is that there is no such thing as outgrowing UTI’s and post-menopausal women actually have a higher risk then pre-menopausal woman for developing them.

A reduction in the hormone estrogen is the primary reason why post-menopausal women have an increased susceptibility to UTI’s. This is because urinary tract infections develop when unhealthy bacteria such as E. coli grow in the bladder. Normally, the healthy bacteria – lactobacilli prevent urinary health problems by stopping the growth of these unhealthy bacteria and estrogen encourages a robust level of lactobacilli. However, estrogen levels drop after menopause, which can also mean a drop in lactobacilli and consequently, an increased susceptibility to bacterial-related bladder problems such as UTI’s.

Physical changes in the vaginal wall are also responsible for the increased susceptibility to UTI’s experienced amongst post-menopausal women. More specifically, the reduction in estrogen post-menopause causes the lining of the vagina to get thinner, which makes it easier for unhealthy bacteria to multiply. The vaginal fluid also becomes less acidic, which is problematic because acid kills harmful bacteria and unhealthy bacteria thrive in alkaline environments. The reduction of estrogen can also prevent the bladder from emptying completely, and any bacteria that are in the urine will then remain in the bladder, increasing the likelihood for developing bacterial-induced bladder problems such as UTI’s. Other things that increase the risk for urinary tract infections in elderly women include dehydration, a lowered immune system, kidney problems, immobilization and catheterization.

Is There a Medical Solution for Urinary Tract Infections?

Since the primary underlying cause of increased urinary tract infections in older women is lower estrogen levels, the obvious solution is to increase estrogen. If you are a post-menopausal women who frequently experiences UTI’s you may benefit from supplements or medications that boost estrogen and you should talk to your healthcare practitioner about the appropriate therapy for you. There are also vaginal estrogen creams and rings that may help to prevent the thinning of the vaginal wall and to keep the vaginal wall acidic. A few lifestyle changes can help too. Start by avoiding tight-fitting pants, wearing cotton-crotch underwear and cleaning the genital area from front to back with soap after every bowl movement. Also, take showers as opposed to baths, and avoid feminine hygiene products, powders and douches.

What About a UTI Dietary Solution?

Drink plenty of water in order to ensure that the bladder is flushed out frequently. Be sure to reduce your intake of sugar and processed food because they encourage the proliferation of the harmful bacteria that can contribute to UTI’s. You should also repopulate your body with healthy bacteria by consuming probiotic foods such an unsweetened yoghurt and kefir.

RELATED READING:  Why Suffer in Silence When You Can Conquer Your Leaky Bladder

You may also be able to boost estrogen levels and thereby reduce the risk for UTI’s by increasing your intake of foods that are high phytoestrogens (a naturally occurring form of estrogen). Some of the richest sources of phytoestrogens include soy, flaxseeds, sprouts, alfalfa, sesame seeds, beans, peas and yams