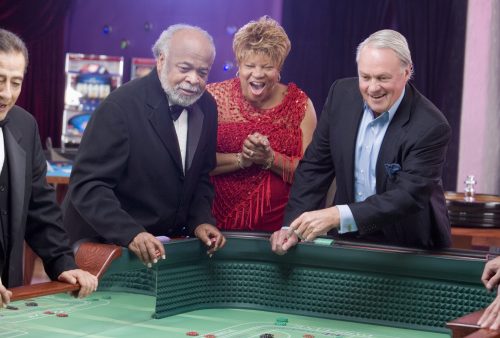 A recent study has found that older adults are more likely to make riskier decisions than younger adults—results that contradict popular belief. While old age is associated with wisdom, this new research from the Max Planck Institute for Human Development has found that older adults are more optimistic about the outcomes of risk-taking thanks to their generally positive outlook. Older adults were also found to be less put off by the risk of potential losses than their younger counterparts.

Each scenario clearly defined the amount of money that would be gained or lost and how likely each outcome was. The volunteers completed 105 of these questions, and the older participants were more likely to choose the riskier option than the younger adults. The team attributed this riskier behavior to the more positive mood of the older adults, as they reported more positive and less negative emotions than the younger group.

Lead author Thorsten Pachur explained, “If you are in a good mood, you are more likely to see the positive potential outcomes of a decision. The older participants were more optimistic in their assessments of the possibility of winning; accordingly, they were more daring in their choices. What’s more, they gave the same weight to potential wins and potential losses, whereas the younger participants were more focused on avoiding potential losses.”
Besides choosing the riskier options, older adults were also found to make worse decisions than younger adults, choosing the objectively better option—in which the expected monetary return was higher—less frequently than their younger counterparts. Pachur concluded that emotion and cognition both play a role in this riskier behavior, explaining: “Both play a role, but their functions differ. Whereas emotions are primarily responsible for determining whether someone chooses the more or less risky of two options, cognition helps to identify which of the two is the objectively better choice.”

Older adults and the decisions they make have a growing impact on economies and societies worldwide, as the proportion of adults over 65 in the industrialized world is at 21 percent and climbing. By 2060, it is predicted that 32 percent of the industrialized world will be 65 or older, meaning their decision-making skills and trends will directly impact various aspects of society.

Related: Osteoarthritis pain in older adults can be managed with chair yoga