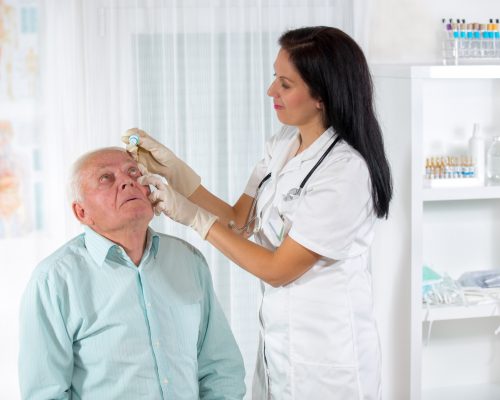 Researchers at Taipei Medical University looked at National Health Insurance medical records for over one thousand patients aged 40 and older who were suffering from obstructive sleep apnea, the chronic condition that blocks breathing during sleep. They compared these people to about six thousand cohort control patients. They discovered that the risk of developing open-angle glaucoma within five years of a diagnosis of sleep apnea was 1.67 times higher in those who had sleep apnea compared to those in the control group.

The researchers suggest that the relationship between sleep apnea and glaucoma is significant due to the large number of people worldwide who suffer from these conditions.

Almost 60 million people around the world have glaucoma. When it goes untreated, it reduces peripheral vision and can eventually lead to blindness. Sadly, only about half the people who get glaucoma are even aware of it at first because it causes no pain and the vision loss is really gradual.

It is estimated that sleep apnea affects 100 million people worldwide. In the United States 22 million suffer from the sleep disorder. 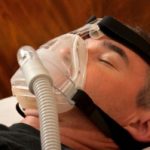 Obstructive sleep apnea (OSA) has been linked to a number of other health conditions, including cardiovascular disease and diabetes so it isn’t surprising to some medical experts that OSA and eyes have a connection.

Sleep specialists with the Mayo Clinic have taken a close look at a mountain of data on sleep disorders and eyes diseases. They found a number of eye conditions linked with obstructive sleep apnea.

Aside from glaucoma, here were some of their findings:

Eye conditions and obstructive sleep apnea is something both patients and doctors need to be aware of. In fact, Mayo Clinic specialists say knowing the associations between all the eye conditions mentioned above and OSA could lead to earlier diagnosis and treatment. 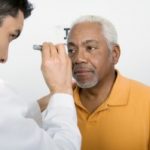 Sleep apnea effect on the eyes is something new to a lot of doctors. Spotting signs of obstructive sleep apnea related eye disorders is not difficult according to neuro-ophthalmologists – it’s simply a matter of knowing what to look for.

In many cases, ophthalmologists can catch signs of visual conditions through a dilated retinal exam. In the case of NAION, it is simply sudden vision loss. There is also a tool called the Epworth Sleepiness Scale or Berlin. This is a short questionnaire that helps measure a person’s daytime sleepiness. In some instances, a sleep study can be ordered.

A sleep study is a non-invasive tool. It involves an overnight exam that allows doctors or sleep specialists to monitor you while you sleep to see what is happening in your body and brain. When most people participate in a sleep study they attend a sleep lab. While you are sleeping, an EEG monitors your sleep stages and the cycles of sleep you go through to pinpoint any possible disruptions in the pattern of your sleep. The study includes monitoring eye movement, breathing rates, heart rates and body movements.

Obstructive sleep apnea is treatable and so are some of the eye conditions now linked to the disorder. When it comes to glaucoma, it cannot be cured; however, it can be controlled if you pay close attention to symptoms and get regular eye examinations. Eye drops, laser procedures and surgical operations are often used to prevent or slow down further damage to the eye. The idea is to prevent further vision loss.

Research into obstructive sleep apnea and glaucoma is ongoing, but some experts are wondering if all glaucoma patients should be screened to see if they have sleep disruptions such as sleep apnea.

At the very least, the Taipei research team is hoping their study will encourage doctors to discuss the increased risk of glaucoma to patients who experience obstructive sleep apnea and suggest treatment for those who need it. While the link between the two conditions may be established, more investigation needs to be done to understand the reasons why.