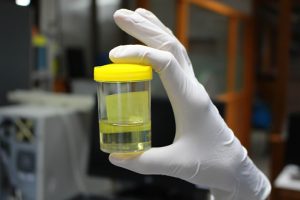 The researchers recruited patients with obstructive sleep apnea who were questioned about cardiovascular comorbidity, including history or any formal diagnosis of coronary artery disease, cerebrovascular accident, congestive heart failure due to coronary artery disease, and arrhythmias. Information was also gathered about any diagnosis of diabetes and high blood pressure, any blood pressure medications, and body mass index. Blood chemistry panel, including serum levels of creatinine, alanine aminotransferase, and uric acid, was also performed on all patients.

When some foods are broken down, the protein turns into purines, which produce uric acid. Uric acid is typically released by the kidneys, but if the kidneys fail to do so – either due to poor function or simply because there is too much uric acid – this can result in a uric acid buildup within the body and lead to side effects.

Side effects of hyperuricemia (high uric acid) include:

Gout: A condition in which uric acid forms into crystals around joints, usually the big toe, resulting in swelling, redness, and pain.

Metabolic acidosis: A high level of uric acid in the blood, which can lead to rapid breathing, confusion, lethargy, shock, and even death.

Kidney stones: Uric acid can form into kidney stones if it does not leave the kidneys.

Kidney disease: Larger kidney stones can cause an obstruction as a result of which the waste cannot leave the kidneys, thus damaging the kidneys. Chronic damage to the kidneys can lead to kidney disease or worse, kidney failure.

You can reduce your risk of side effects by lowering your uric acid levels, which can be done by making simple modifications to your diet like reducing your intake of red meat and alcohol. Speak to your doctor about your uric acid levels as they could indicate a kidney or a heart problem, which could potentially be prevented if detected early on.