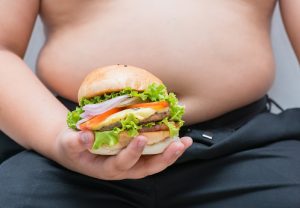 If I were to ask you what you think the biggest contributor to preventable life-years lost in America is, you would probably say tobacco—it causes more than 480,000 deaths annually, with life expectancy for smokers being at least 10 years less than non-smokers. However, the number one spot goes to obesity, which results in 47 percent more life-years lost than tobacco, according to a team of researchers from Cleveland clinic and New York University School of Medicine.
Using data gathered in 2014, the research study’s preliminary results produced a list of the greatest number of preventable life-years lost in the U.S. starting with the greatest contributor, and it is as follows: obesity, diabetes, tobacco use, high blood pressure, and high cholesterol. The researchers acknowledge that some individuals may present with health issues of increased importance in conjunction with their obesity, but obesity was found to have a greater impact on the population as a whole.

Tobacco used to be the leader of preventable death causes, being the culprit of lung cancer, cardiovascular disease, and numerous other illnesses. It has now been dethroned by the ever-increasing obesity epidemic. The researchers see this as a positive change, to say the least, as it is an achievement of clinical and public health administrations and their campaigns against smoking proving to be effective.

To reach this conclusion, the researchers examined the change in mortality for a series of hypothetical U.S. populations that each eliminated a single risk factor, then compared the results with the change in life-years lost for an “optimal” population that eliminated all modifiable risk factors. The researchers also estimated life expectancy gained by recognizing that some less common factors might place a substantial burden on smaller population subgroups.
Although these are just some initial data results, the research team continue to conduct more investigation into this area, analyzing and refining the gathered data. They do want you to know that three of the top five causes of death can be treated and that helping patients understand what they need to do to live longer will have a powerful impact, highlighting the importance of preventative care.

“The reality is, while we may know the proximate cause of a patient’s death, for example, breast cancer or heart attack, we don’t always know the contributing factor(s), such as tobacco use, obesity, alcohol and family history. For each major cause of death, we identified a root cause to understand whether there was a way a person could have lived longer,” said Dr. Taksler.

Related: Watching TV during meals may be increasing obesity risk in adults