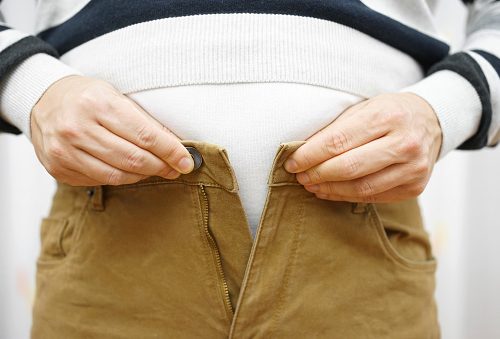 New research has found an association between obesity and two rare forms of cancer—esophageal cancer and stomach cancer. The study from the U.S. National Cancer Institute revealed that people who were overweight in their 20s had a 60 to 80 percent higher chance of developing these forms of cancer than those who had maintained a normal, healthy weight throughout their lives.

Lead researcher Jessica Petrick commented, “These findings underscore the potential of weight control programs for decreasing the likelihood of developing esophageal and stomach cancer, which both have extremely poor survival.” In the United States, esophageal cancer only accounts for one percent of all new cancers diagnosed each year but has a five-year survival rate of just 18 percent, as it is often diagnosed at a late stage. Similarly, stomach cancer accounts for less than two percent of all new cancer cases each year and has a five-year survival rate of approximately 30 percent.

Obesity and excess weight can cause issues like acid reflux and heartburn, which may contribute to cancer later on. This extra weight can also affect the levels of certain hormones like testosterone and estrogen and raise insulin levels, leading to inflammation—all factors that have been associated with an increased risk of cancer.
While this study does not prove a causal relationship between obesity and esophageal or stomach cancer, there is a definite association between excess weight and a higher risk of developing these diseases. Dr. Patrick Okolo of Lenox Hill Hospital commented on these findings, stating: “Without a doubt, there is an association between increased weight and cancer. If you gain weight like most adults, typically 40 pounds or more, you approximate the risk of these cancers of someone who has been heavy all their life. So not only is being heavy bad, but weight gain is also bad.”

This study highlights the importance of maintaining a healthy body weight throughout the course of your life, showing that the risks associated with obesity are also associated with later weight gain.

Men Vs. Women: Men At Higher Risk To Die From Cancer