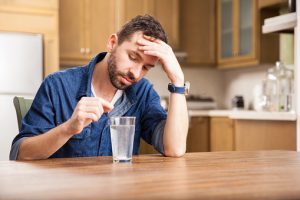 Constant heartburn has been linked to stomach and esophageal cancer. I’m sure at some point you’ve experience that burning sensation after a meal. It’s uncomfortable and also a nuisance, but you pop an antacid and that burning feeling fades away.

You may never have been too concerned about it before, maybe you just enjoyed food that was too spicy or acidic, but such indigestion could be a major sign of something you really don’t want to have: stomach and esophageal cancer. As with any cancer, early detection is key.

In the UK, the Public Health England (PHE) has launched a campaign to alert people about heartburn as a possible warning sign of cancer – forgo the stiff upper lip approach to pain and see your doctor. PHE says stomach and esophageal cancer are the fifth most common cancers in the UK, with nearly 13,000 people diagnosed and roughly 10,000 people dying every year.

I’d like to alert Americans to the issue as well. 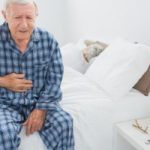 According to both PHE and the ACS, the symptoms of stomach and esophageal cancer include poor digestion over the course of three weeks or more; the feeling of food sticking in your throat whenever you swallow; the loss of body weight for no apparent reason; trapped wind and frequent burping; nausea and vomiting, as well as stomach pain or some discomfort.

But gastroesophageal reflux disease (GERD) – what commonly shows up as heartburn – is now considered a major warning sign. A recent ACS Gallup poll showed that 44 percent of adults in the U.S. have heartburn and poor digestion once every month, and roughly 30 percent of stomach and esophageal cancer cases can be linked to it. It’s mostly characterized by a burning-type pain in the lower part of the mid-chest, behind the breastbone and in the mid-abdomen. 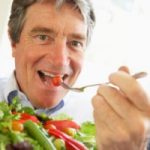 The ACS suggests you can make simple lifestyle changes in order to control GERD. Increasing your physical activity is one, but many have to do with what, when and how much you eat.

Choose plenty of fruits and vegetables, eat smaller and more frequent meals throughout the day, avoid eating two to three hours before going to bed, and eat far less spicy or acidic foods.

While you’re at it, you can try cutting down smoking or quitting it altogether, and reducing or discontinuing the consumption of alcohol. You can also try an antacid or an over-the-counter proton pump inhibitor designed to reduce stomach acid.

The earlier the diagnosis, the better the treatment

Following those steps, if you’re still showing signs of heartburn and poor digestion, your family doctor may suggest aggressive forms of treatment and prevention. These can include medications and other nonsurgical medical procedures, as well as laparoscopic and open surgeries, and endoscopic therapies. Routine endoscopies are especially necessary for men over the age of 50, and those who experience something more than heartburn and poor digestion, weight loss, trouble swallowing, vomiting or anemia.

The earlier that stomach and esophageal cancer are diagnosed, the more likely treatments will prove successful. People showing the early signs of these cancers should visit their family doctor straightaway so that they can receive referrals for much needed tests and medical attention.

If you’re experiencing repeated heartburn, please don’t delay a visit to your doctor.