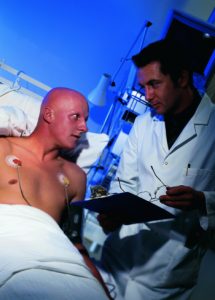 Did you know that cancer kills 50 percent more men than women around the world?

It’s true. Each year, more than 4.6 million men and 3.5 million women die of cancer globally, according to the 2014 World Cancer Report – compiled by the World Health Organization’s International Agency for Research on Cancer (IARC) and published by Cancer Research U.K. That puts the global rate of cancer deaths among men – 126 for every 100,000 people – 50 percent higher than that of women, which is 82 deaths out of 100,000 people. The figures also reveal that every year, more than 14 million people worldwide find out that they have cancer, with men being 25 percent more at risk than women.

Nick Ormiston-Smith, Cancer Research U.K.’s head of statistics, told Medical News Today: “The contrast in cancer death rates between the sexes may be down to more men being diagnosed with types of cancers that are harder to treat, such as cancers of the bladder, liver, lung and esophagus.”

The data, however, varies from region to region. For example, while men’s deaths from cancer are the highest in the central and eastern parts of Europe, more women die of cancer than men in East Africa, one of the few parts of the world where this occurs. Developed countries with higher rates of cancer are more likely to have better, more accurate data.

And as populations rise and age around the world, so do the number of people diagnosed with the four biggest cancers. In fact, the 2014 World Cancer Report indicates that global cancer rates are growing at an “alarming pace.”

Although affordable treatment can help to curb cancer, individual lifestyle can reduce the risk the most, especially for men.

Here’s what you need to do:

*Stop the use of tobacco altogether

*Adopt a healthy diet with high intake of fruits and vegetables

Also helpful is the protection against sexually transmitted viruses, such as hepatitis B, hepatitis C and some types of Human Papilloma Virus (HPV), which are leading risk factors of cancer in low- and middle-income countries, too.