Home » Weight Management » Exercise » Obesity Defeated: 43% Drop In Obesity Means You Can Do It 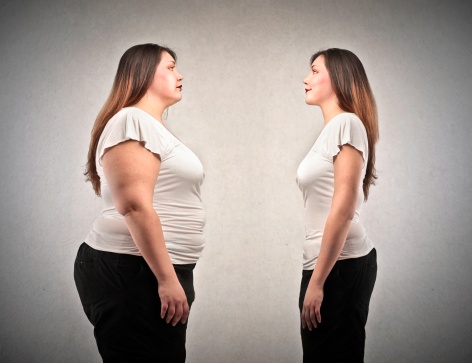 Put down that donut and listen up! There’s good news to report on the war on fat – news I’m happy to share with you and all my patients. News that could make you want to tweak your diet, pile veggies on the plate and lace up those walking shoes for a heart-pumping stroll. (Remember to swing those arms and step lively!)

Federal health authorities in the United States recently reported a 43 percent drop in the obesity rate among 2- to 5-year-old children over the past decade, based on a comprehensive health survey. The younger tots are still shedding their baby fat, yes, but the drop is significant; these are the formative years of a child’s development, and instilling good eating and exercise habits early on will pay off as the child grows and matures through puberty into adulthood. New research published this January in the New England Journal of Medicine has shown that obesity takes hold at a young age: Kids who are overweight or obese at 3- to 5-years-old are five times as likely to be overweight or obese as adults.

After years of mounting evidence in the overall population (and tweens!) getting double chins, pushing the demand for plus-size clothing, and costing the healthcare system billions because of related ailments, this stat comes as a breath of fresh air – and a sigh of relief. There’s hope, there’s promise for a future of good health and prosperity for the next generation. I truly believe that a healthy body means a productive body, capable of great things. Parents, caregivers, healthcare providers, politicians, and Chef Jamie Oliver’s Food Revolution are making progress with new initiatives to feed ourselves better, get off the PlayStation, and turn the tide on Fat America.

This is the first broad decline in what’s considered an obesity epidemic in America that can lead to lifelong struggles with weight and higher risks for diabetes, heart disease and cancer. There’s a fast-food joint on every corner for a reason, right?

So, why the drop in the obesity rate for tots? Change, as many say, starts from the top and trickles down, finding grassroots support. We have an exemplary role model in First Lady Michelle Obama, with her famously toned arms, and her Let’s Move! campaign to influence young kids’ eating and exercise habits; 10,000 childcare centers across the country are on board for the challenge, incorporating better nutrition and activity levels into their programs. Ms. Obama marked the fourth anniversary of the campaign with an appearance on The Tonight Show with new host Jimmy Fallon during his first week on the show – you can’t tell me the fight against obesity is not on the radar! She says communities are changing, taking up the cause, and kids are eating better and moving more. Her reaction to the news of the obesity drop for tots? From the Centers for Disease Control and Prevention (CDC)’s announcement of its report, the First Lady said, “I am thrilled at the progress we’ve made over the last few years in obesity rates among our youngest Americans.”

We need advocates for the health of our kids! Now Ms. Obama is getting under the skin of the food industry, calling for food labels to reflect current portion sizes so parents can better provide suitable caloric amounts for kids to stay lean.

As the pressures of day-to-day life keep parents working longer hours, spending less and less time in the kitchen on food prep or participating in active play with their kids, instilling good lifestyle habits is a challenge. It’s a balancing act that often feels more like juggling flaming sticks without Cirque du Soleil training. Some days we just want to give up; running away to join the circus seems easier.
RELATED READING: Age Related Obesity: Brown Fat Fights Belly Fat

Obesity in children trebled between the 1970s and 2005, and officials estimate nearly half of Americans could be obese by 2020 if trends continue. In the federal survey, figures for the broader society remained flat and even increased for women over 60. A whopping third of adults and 17 percent of youths are obese. And the rate for youths overall, ages 2 to 19, has remained flat since 2003. When you factor in the rates for obesity and overweight residents, people carrying too much weight outnumber healthy weight people in 10 states, with Mississippi topping the list.

The outlook is almost as grim in Canada, especially for the east coast provinces that have the highest percentage of people with too many pounds. Obesity rates have tripled in less than 30 years; a study published in the Canadian Medical Association Journal found that, based on the current trend, 21 percent of Canadian adults will be obese by 2019.

It’s a serious issue, and there’s a lot of work to be done. Many scientists doubt the effectiveness of anti-obesity programs, like New York City’s ban on the use of trans fats in restaurant cooking, for example, and fast food giants displaying calorie information on their menus. But I think the cumulative effect of policies, programs and education add up over time, changing lifestyle habits and environments.

On the upside, too, federal researchers say that children consume fewer calories from sugary beverages (where empty calories add up and sugar messes with digestion and metabolism). The researchers also noted a drop in overall calories for kids in the past decade, down by 7 percent for boys and 4 percent for girls. And they say that more women are breast-feeding, which can lead to a healthier range of weight gain for youngsters.

So the tables are turned. Older adults have wisdom and years (and years!) of life experience to pass on to young children, but we can learn from this new healthy wave of 2- to 5-year-olds. We can take a cue from their habits.

Just observe the little ones. From the minute they wake up in the morning, they’re alive with energy. That little body weight is capable of so much incredible activity and mental energy. They’re inquisitive – exploring the world around them, engaging with peers, toys, pets and things in the world around them. But what do we do most? We sit, we eat, we sit some more. We take everything for granted; we don’t explore and rarely, I hate to admit it, stop to smell the roses or play hide and seek. There’s so much to be said for childlike wonder, curiosity and play!

How can we embrace the joie de vivre of our littlest residents (without the temper tantrums) and learn how to eat only what our body needs for optimum fuel? It won’t start parked in our La-Z-Boy in front of the TV.

Our ancestors’ average day consisted of hunting (or running from) wild animals, gathering foods to eat, or tending to crops. No more! Our society has shifted to a much more sedentary lifestyle, perhaps an inevitable shift caused by the digital revolution. In fact, people spend over eight hours a day sitting, which, numerous studies show, is a health hazard. An American Cancer Society study found that people who sat for more than six hours a day had a 40 percent higher chance of dying in the next 15 years, compared to someone who sat for three hours a day or less. No wonder those love handles can be so stubborn.

What can we do to shake things up? Start with small baby steps and go from there:

Stand up during TV commercials and walk on the spot. Swap that armchair soda for a water with fresh mint, lemon or lime.

Take the stairs when you can; even a couple flights in a building before you step out and ride the elevator the rest of the way up or down.

Park further away from the store entrance. Every step counts.

Join a friend for a weekly (or daily) walk in the neighborhood or round the mall.

Try a gentle exercise class, like yoga for beginners or Tai Chi.

Walk the dog. She’ll love you for it, even on a rainy day.

Get inspired to cook from scratch! Buy a new cookbook; take a healthy cooking class.

Eat breakfast every day. Go for whole grain toast and nut butter instead of a pastry or Pop-Tart.

Yes, drink more water. Herbal tea is another good option, so sub it in for your third cup of coffee.

There are so many small things we can do to better our health and our waistlines. This is serious business and now is the time to step it up – and follow the lead of our healthy little ones. You’ll be glad you did.