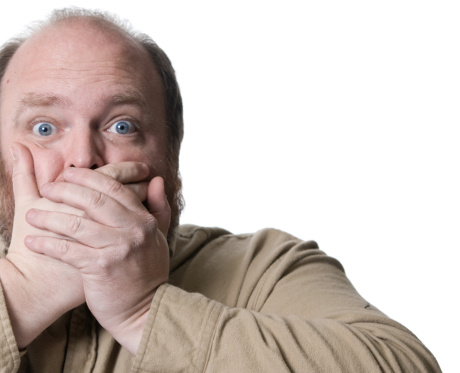 It is a stigma that might be more than a little taboo to speak about openly. There has been many theories on whether or not there could be an actual tie between people who are suffering from obesity and the intelligence of these people. There appears to be more research in favor of the stigma than against it…

One book which is of particular controversy is the novel entitled, Class, by P. Fussell. Fussell points out some of the obesity stigma’s with his theory of working class people have trouble with weight loss efforts, and he goes on to say that more often than not, upper and upper middle class people tend to have more slight frames.

His theory, while somewhat unpopular maintains that as you move down the social ladder, you move down in intelligence level. Think of the common popular culture stereotypes. In the movies, there is the school football player who is big and round, and perhaps not portrayed as being at the top of his class, while the other end of the scale shows the nerdy skinny kid, who excels in his classes, but doesn’t exactly have loads of athletic prowess.

So keeping this in mind, the stereotype rings loud and clear to people, that not only obesity, but fat mass period could be biologically related to lower levels of intelligence.

This begs the obvious question…is there any real reason why people could associate obesity and weight gain with lower levels of intelligence? Here are a few of the theories that researchers explain could be the culprit.

1. Biological Factors
The theory that genes that cause obesity also cause lower intelligence.

2. Indirect Biological Factors
People with obesity and people who are unintelligent mate, to produce the same traits in their children.

3. Fitting in with Social Norms
The theory that obesity and weight gain is looked down on by higher/more intelligent classes, but not by lower class. This means the latter will avoid obesity.

All of these theories might be equally as offensive depending on which side of the fence you sit on. But the idea that there is some scientific merit behind the theories of obesity and weight gain having an association with intelligence level is certainly one that has made the scientific radar. It is obviously not conclusive, but something worthy of some thought regardless.