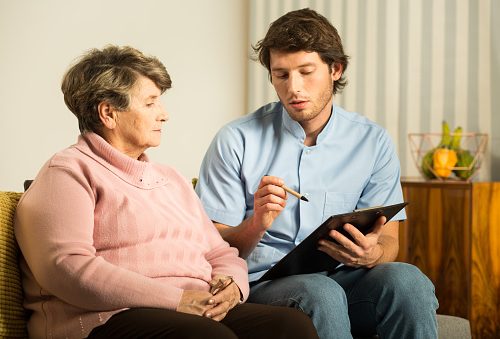 Researchers looked at memory training results in groups with different body mass indexes (BMI) and found that obese adults were less responsive to the training, compared to non-obese participants. For the study, researchers monitored participants’ cognition over 10 years, comparing trajectories of cognitive performance in older adults who were obese, overweight, and of normal weight, who received memory training and those who did not.

Cognitive training focused on enhancing one’s verbal episodic memory through instruction and practice in strategy use.

The study results suggest that obese adults do not benefit from cognitive training as much as non-obese adults do, but the exact reason is still unknown. There is a growing body of research confirming the link between obesity status and cognitive function. For example, numerous imaging studies demonstrate that obese individuals have an accelerated volume loss in hippocampus, a portion of the brain that is considered to be the memory hub. This goes to show that obese people may indeed have a decreased capacity for memory gains.

“Other work has shown that weight loss can lead to improvements in memory function. Unfortunately we know from our own prior work, and that of others, that weight loss is difficult to achieve and maintain over the long term. We and others need to do more work to develop scalable and effective approaches to weight gain prevention and weight loss but we should also investigate programs with potential to protect memory function in the absence of weight loss for people with obesity—a growing segment of our population,” explained Dr. Daniel Clark, lead author of the study.
Modifying one’s risk factors for dementia – such as obesity – is crucial at any age. Specifically, middle-age obesity is a very strong contributor to impaired cognitive function in the later-life. About a third of baby-boomers are in the obese category of BMI, meaning, they are particularly prone to the risk of mental deterioration and dementia.

The data was collected from the Advanced Cognitive Training for Independent and Vital Elderly (ACTIVE) randomized controlled study which is the largest cognitive training study conducted.