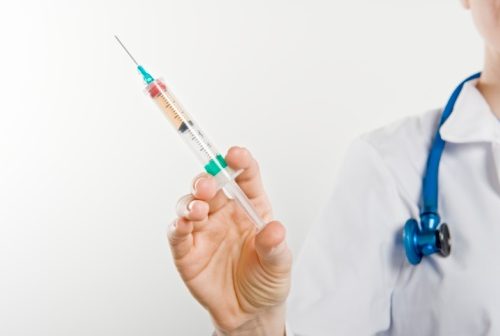 Norovirus update 2016: A norovirus vaccine development is underway, with the world’s first human clinical trial initiated by Takeda, one of the top pharmaceutical companies. Meanwhile, a norovirus outbreak has been reported among GOP convention staffers.

Takeda has begun human trials for their norovirus vaccine. There is currently no proper treatment nor vaccine for the virus, which is quite difficult to replicate in the lab setting for proper examination.

The most common form of gastroenteritis, norovirus is responsible for estimated 700 million hospital visits every year. Symptoms include vomiting, diarrhea, and abdominal cramping. Patients usually recover from the virus within a few days, but in severe cases it can lead to dehydration and hospitalization.

Norovirus is highly contagious and can be transmitted through contaminated food or contact with an infected person.

The Takeda trial will include 3,400 persons and will take place in August 2017. The vaccine will be compared to a placebo in a healthy control group recruited from the U.S. military training installations.

Robert Goodwin, head of norovirus development at Takeda, said, “This trial moves us one step closer to putting an important tool for prevention in the hands of individuals, families, and public health systems around the globe.”

Members of the military personnel are at a high risk for norovirus due to living in close quarters and being more likely to consume contaminated food or water.

Commander Dennis Faix, preventive medicine physician at NHRC, explained, “Norovirus is the largest cause of acute gastroenteritis in the United States. Military recruits are particularly vulnerable to the disease with recruits living side by side in the barracks. RTC has experienced outbreaks in recent years, which can significantly impact training populations, disrupt training schedules, and has the potential to cause long-term health consequences.”

The trial will last for one year in order to properly assess the effectiveness of the vaccine.

Rear Adm. Stephen C. Evans, commander at the Naval Service Training Command, added, “The health and safety of our recruits is our top priority. This trial will provide our recruits with the resources to stay healthy while they conduct their basic military training, which will better prepare them for service in the 21st century Navy.”

A handful of Republican staffers at the recent GOP convention have fallen ill as a result of norovirus. More cases are expected to emerge from the convention. So far, 11 individuals have become sick in Ohio where the convention is taking place. Peter Schade, health official investigating the outbreak, said, “We’ve got about 11 who have been sick over the last few days, and we’ve been out there every day and working with them to eliminate the spread [between] the resort and the delegation from California.”

Because norovirus is highly contagious, the numbers of infected individuals are expected to rise.

Reports suggest the trouble first began when one staff member who arrived ahead of the delegation got infected and passed on the virus to her husband.

So far, only staff members who have been infected. They are being quarantined for at least 24 hours. Hand sanitizer stations have also been added to the hotel. Other delegates and staffers are now staying at other hotels.