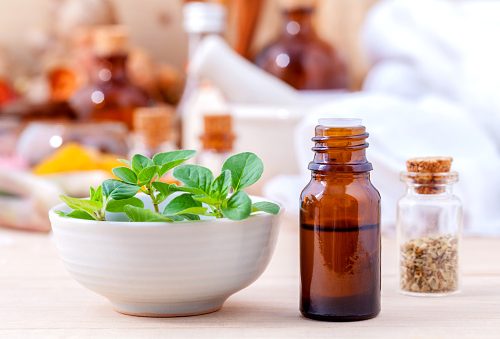 Norovirus prevention may be possible with oregano oil and citric acid. Norovirus is highly contagious and often seen in school and cruise ship settings. It can result in vomiting, diarrhea, and abdominal pain. Although it often goes away on its own, effective preventative measures are yet to be put into place to ensure you don’t catch it.

Grant Hansman, head of CHS junior research group at the German Cancer Research Center and the University of Heidelberg, said, “It is therefore important to provide a safe and harmless disinfectant against human norovirus. However, it was only by chance that this discovery was made, like a lot of scientific research, but it turns out to be very interesting.”

Human norovirus does not grow in cell culture, so testing effective treatment and prevention methods can often be difficult in a lab setting. The researchers then tested the effects of increasing citric buffer on norovirus-like particles, which are quite similar to the real virus. The researchers found that the virus changes its shape after citric binding. The findings reveal that citrate can reduce the infectivity of norovirus. Dr. Hansman explained why citrate may be effective against norovirus, “Maybe a few drops of lemon juice on contaminated food or surfaces may prevent the transmission of these viruses.”

Further studies from Dr. Hansman will examine the effectiveness of citrate on reducing symptoms of norovirus.
An alternative study found that oregano oil may also be effective against norovirus, causing the breakdown of the virus’ tough outer coat. Lead researcher Dr. Kelly Bright said, “Carvacrol [substance in oregano oil] could potentially be used as a food sanitizer and possibly as a surface sanitizer, particularly in conjunction with other antimicrobials. We have some work to do to assess its potential, but carvacrol has a unique way of attacking the virus, which makes it an interesting prospect.”

The researchers had to conduct their research on the mouse model of norovirus, as the human form cannot be worked on in lab settings. The researchers found that oregano oil was successful in breaking down the tough outer layer of norovirus, giving other antimicrobials a chance to enter the virus to destroy it.

The good news is, it is highly unlikely that norovirus will become resistant to oregano oil and it is safe to add to cleaning products in order to further disinfect surfaces that may harbor norovirus.

Oregano oil: benefits and uses
Is oregano oil an effective remedy against cold and flu?