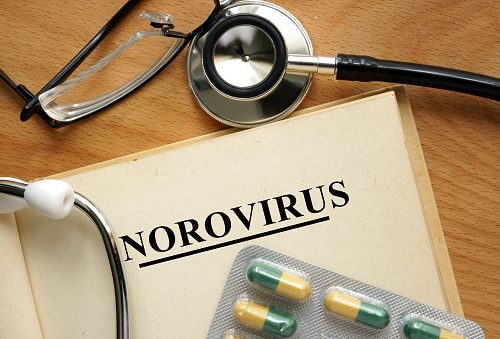 When you think of norovirus, you probably get an image of sick passengers on a cruise ship. It most commonly affects people who are frequently in close proximity to others. For example, norovirus outbreaks are commonly seen in schools, retirement homes, restaurants, and dormitories—basically, anywhere that groups of people are found together.

Norovirus is highly contagious, and the Centers for Disease Control and Prevention (CDC) suggest that norovirus is responsible for over half of all food-borne illnesses.

Symptoms come on quickly, and patients are plagued by abdominal pain and discomfort, vomiting, and even diarrhea. In fact, the CDC reports that norovirus is one of the top causes of diarrhea in American children.

Being aware of the risk factors associated with norovirus can help reduce your risk of contracting the illness, which you definitely want to do as there is not cure for norovirus—unfortunately, you have to let it run its course.

If you’re interested in finding out the causes, symptoms, and prevention tips for norovirus, you’re in luck.

It is estimated that 19 to 21 million cases of norovirus occur in the U.S. annually. Norovirus cases lead to an approximate 56,000 to 71,000 hospitalizations each year, and 570 to 800 deaths, mainly seen in young children and the elderly.

It is quite difficult to eliminate norovirus since it can withstand both hot and cold temperatures, along with many disinfectants.

As mentioned, norovirus is highly contagious, and although people of any age can contract it, certain individuals are at a higher risk of not only getting the illness, but experiencing complications because of it.

If you have a weakened or impaired immune system, you are at more of a risk for contracting norovirus. Some other factors include living in an area where food is mishandled and proper sanitation practices are not followed, living with a child who attends preschool or a daycare, or staying in areas where many people are in close quarters.

Norovirus is often referred to as the stomach flu, but it actually has no relation to influenza and is a form of gastritis.

Signs and symptoms of norovirus can occur as early as 24 hours after ingesting or coming into contact with the virus and can last up to three days. Even after you feel better, you’re still able to spread the virus through your feces, therefore the risk of contaminating others is still present.

It’s important to pay attention to symptoms related to dehydration as that is a common complication of norovirus. To prevent dehydration, ensure you’re drinking plenty of fluids, especially if vomiting and diarrhea are persistent. Symptoms of dehydration include fatigue, dizziness, dry mouth and throat, listlessness, and decreased urine output.

Other complications that can occur with norovirus are malnutrition, and in severe cases in high-risk individuals, death.

There is currently no cure for norovirus, so the illness must simply run its course. Generally, a person’s symptoms should subside up to three days after they appear, but each person is different and recovery times may vary.

The best mode of treatment for norovirus is to get plenty of rest, consume bland foods, drink plenty of fluids, and in some cases, your doctor may prescribe or recommend and antidiarrheal.

Some recommended foods to consume while sick with norovirus include soup, starches and cereals, bananas, yogurt, and boiled vegetables.

As you can see, norovirus isn’t something you want to catch and can be physically taxing on the body. Taking the necessary precautions to prevent norovirus can reduce your risk of catching it but if you do find yourself sick, know that it simply has to run its course.

Related: Norovirus vs. gastroenteritis, differences in symptoms, causes, and treatment