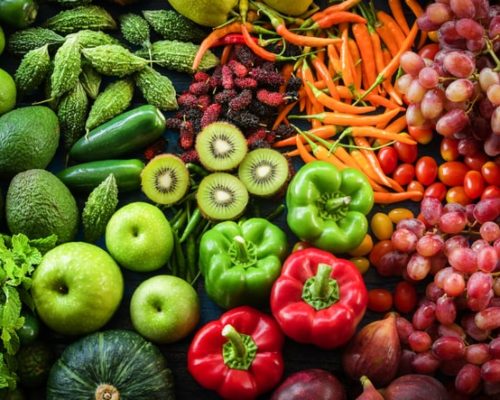 There are many people who struggle with the discomfort and embarrassment of constant flatulence, but there are non-gassy foods that shouldn’t cause that much gas and can easily be added to a diet.

There is a long list of popular food items that can increase flatulence, including some of the healthiest foods we can put on our plates. While we aren’t suggesting you completely eliminate these foods from your diet, you can avoid them when you have a special function coming up and want to avoid the embarrassment of excess gas. For example, some vegetables and carbonated drinks are full of gas.

Why Do Some Foods Cause Gas?

Flatulence is something we all live with, but generally, foods that contain certain types of carbohydrates and/or soluble fiber are gassy and create more flatulence. As it turns out, these are substances that just don’t fully absorb in the small intestine, so they end up in the large intestine where they mingle with gut bacteria. The end result is the process we know as gas. Non-gassy foods, on the other hand, don’t get broken down by intestinal bacteria.

Which Foods Are Non-Gassy Foods?

It is important to maintain a balanced diet that includes both gassy and non-gassy foods. Fruits and vegetables are part of a healthy diet, but cruciferous vegetables, such as cabbage, cauliflower, and broccoli can be gassy. Fruits like bananas and raisins can also be a problem. However, there are non-gassy fruits.

The following list of non-gassy foods can help you keep flatulence under control when you need to. The best non-gassy foods are items that are common, so you don’t have to worry about not being able to find them at your local market.

Berries, cantaloupe, pineapple, kiwi, honeydew, and clementines are considered non-gassy foods. Fruits of any kind in large amounts can cause problems though, including high blood sugar, so remember to consume fruits in moderation.

Bell peppers, asparagus, avocado, Bok Choy, spinach, carrots, cucumber zucchini, and green beans produce less gas. Most leafy greens do not cause gas so romaine, iceberg, Boston lettuce, and kale should be fine but if you still have gas after eating leafy greens you can try cooking them a little, which will help with digestion.

Almost all carbohydrates create some gas during the digestive process. The idea is to opt for foods that cause the least since we do need to include carbs in our diet. Brown rice, wild rice, brown rice noodles instead of regular pasta, and white rice are examples. Quinoa, oats, gluten-free bread and rice bread are also good options.

Non-dairy milk like almond, soy, and rice are good alternatives, especially if you are lactose intolerant. Some yogurts have probiotics in them and it is possible they won’t cause as much gas. People can also take probiotic supplements that may help.

Fat in the diet leads to bloating and gas so lean proteins, including baked or broiled fish, skinless white meat, eggs, turkey, or tofu is best. Edamame is also a good protein that doesn’t cause gas.

Fermented vegetables, kefir, kombucha, and yogurt without any added sugar lowers the chances of gas because there are bacteria in fermented foods that have taken care of the carbohydrates your gut would normally have to ferment. An added benefit to consuming fermented foods is that the same bacteria is also good for overall gut health. Some nutritionists contend that you simply can’t go wrong by adding fermented foods to your diet.

Spreads made from avocados or hummus add flavor to meals or snacks without adding a lot of gas to your gut. Traditionally made hummus is really wholesome. It is made from simple ingredients, including chickpeas, olive oil, which is unsaturated fat, lemon juice, garlic, and tahini, a paste made from toasted ground hulled sesame.

Keep in mind that when it comes to flatulence, it isn’t just the food itself you have to think about but also the glazes, gravies, and sauces that come with some of the various dishes. They can have added sugar, garlic, or onions, which can produce gas. If you have already adjusted your diet yet are still struggling to keep your gas under control, talk with your doctor. He or she can determine whether or no you have an underlying health issue that could be contributing to the excess gas.