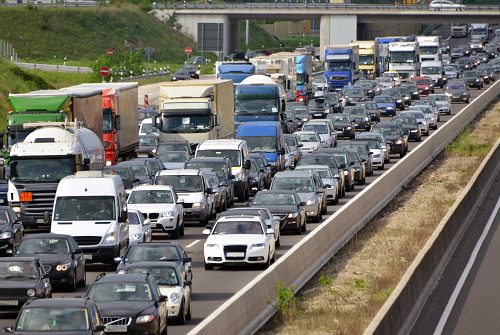 Those who have never owned a car know the inconvenience that waiting a traffic can be. It makes burns up unnecessary gas, wastes our time, and according to a new study, produce excessive noise and air pollution that might increase our risk for heart disease.

We are all aware that air pollution is linked to a slew of health problems, such as asthma, heart disease, and even stroke. Cars are a big contributor to this as there are close to a billion cars in the world today. It has also been found that living near a busy road increases your risk for diseases and death related to air pollution.

Noise pollution is when there are harmful or annoying levels of noise. This is often defined as noise louder than conversational level, or around 60 decibels (dB). What most people don’t realize is that noise pollution can also have a negative effect on our biologies, such as increased blood pressure, sleep disturbance, and increases in stress hormones.

New research aims to investigate these two factors which often coincide and their effect on our risk for developing heart disease. They attempted to achieve this by looking for biological markers in our blood.

The study analyzed data from 144,000 adults in Norway and the Netherlands comparing levels of air pollution and traffic related noise exposure at their residential address. Blood samples were also looked at to assess for heart disease risk.

The researchers made sure to distinguish the effects of noise from air quality. They also looked at specific markers in the blood that indicate inflammation caused by stress.


Both seen to carry risk independently of each other

The researchers found that an increase of just 5dB in noise levels was linked to a 0.3 percent higher blood sugar level compared to those living in quieter neighborhoods. This finding stayed consistent when air pollution was taken into account as well. This means that while air pollution did increase blood sugar levels, it was independent of noise pollution.

“When studying road traffic noise, it can be difficult to differentiate between air and noise pollution, as they often go hand in hand. Our findings contribute to the strong scientific evidence that both air pollution and traffic noise are bad for our health, although to further differentiate between air and noise pollution will need more work. Either way, the message is clear: public health policy must act on these environmental stressors to protect our health and wellbeing,” said Dr. Cai, from Imperial’s School of Public Health

The researchers warn that long-term exposure to noise can increase the risk of heart disease both biologically and psychologically. More investigation into these factors is planned to include different genders, weight status and those with pre-existing hypertension and diabetes.