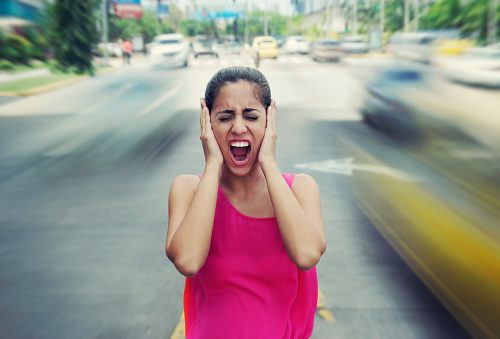 Noise pollution in America is becoming a large problem not only because of the loud noise, but because it raises the risk of heart disease in seniors. Noise pollution can result from automobiles – cars, buses and planes – public areas like schools and even within the home. Everywhere we turn there is noise.

In the U.S. alone nearly 30 million workers are exposed to hazardous noise from a variety of sources, such as construction, agriculture, manufacturing, transportation and the military. Furthermore, this noise pollution is difficult to monitor; however, employers have a responsibility to assist their employees in ways that can reduce the effects brought on by noise pollution.

Noise pollution is bad, but there is also another condition known as secondhand noise – when people endure noise they have not created – that is also bad for your hearing. For example, a fire truck passes by you with its sirens on. Researchers say this can be just as harmful as firsthand noise, similar to the effects of secondhand smoke. Another example is that electricians typically work in quiet environments, but if they are working on a construction site they are at risk of secondhand noise brought on by the construction.

Needless to say, noise can be harmful to your health and, as the latest research explores, it can affect your heart as well. 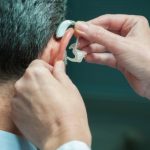 Researchers uncovered that individuals who are exposed to high levels of noise not only are at the highest risk for hearing loss, but their risk of heart disease increases as well.

Researchers looked at data from 5,223 participants ranging in age between 20 and 69 years old.

Data was based on self-recollection about noise-exposure, so it may not be completely reliable.

Gan suggests to everyone that they protect their ears by wearing earplugs or ear muffs as often as they can. 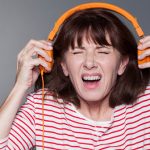 A Danish study back in 2011 linked traffic noise and seniors over 65 with an increased risk of noise-induced stroke. With every 10 decibel increase in noise it increases a senior’s risk of stroke.

Decibels are the measurement of sound. A jet plane flying 10 feet over your head produces 140 decibels. A concert can easily produce up to 110 decibels and you’re much closer to the sound.

The Danish study involved 51,485 subjects, and researchers uncovered that for Baby Boomers the risk of stroke increases 14 percent with every 10 decibel increase in sound. The subjects were exposed to varying sound volumes between 40 and 82 decibels, from talking sounds to driving in traffic. The results revealed that the lower the sounds were while driving, the greater the reduction in stroke risk.

But how can you lower sounds while driving? Try some of these tips: 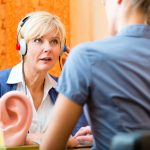 An estimated 8.5 percent of seniors will suffer from hearing loss. For those over the age of 65 that number jumps to 25 percent – one quarter of seniors. Aside from high blood pressure and arthritis, hearing loss is the most common chronic condition affecting seniors.

Hearing loss in seniors can occur in two forms: age-related or tinnitus, which involves ringing and buzzing of the ears.

Hearing loss doesn’t just affect your hearing, in fact, many studies have linked hearing loss with poor cognitive function as well. Worse yet, it may result in social isolation, which can be a factor in developing depression or other mental illnesses.

Studies on noise-induced hearing loss have shown loud noises can narrow down the myelin coat that protects the auditory nerve. Another study published in the journal Frontiers in Neuroanatomy revealed loud noises may actually thin the myelin and changes occur to the nodes, which affect hearing.

Researchers believe if they can better understand how loud noise affects the myelin, then they can begin to work on ways to repair it after the damage has been done.

In the meantime, hearing loss is irreversible; the use of hearing aids or a cochlear implant must be used in order to assist seniors with hearing.

The best way to treat hearing loss is with prevention. Therefore, avoid loud noises, wear protective ear equipment and keep volumes to a minimal because once hearing is gone, it’s gone forever.

Hearing! The health test you can’t afford to skip
Why your risk of hearing loss increases in the summer