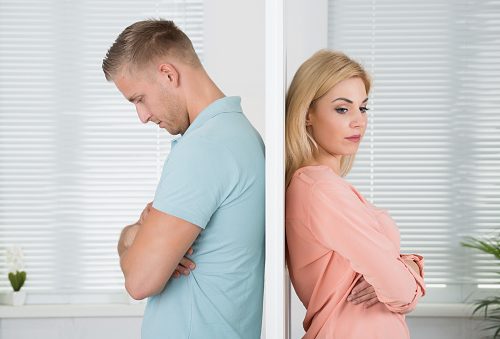 A new study of over 40,000 women shows no link between IVF treatments and increased risk of relationship deterioration.

We have all read and heard stories of couples who undergo fertility treatments when they’re unable to conceive another way. These stories often end in tragedy, where the couple either cannot conceive—even after going through rounds and rounds of treatments—and choose to divorce or otherwise end their relationship. A new study may have changed the game on this assumption about undergoing reproductive treatments.

Through use of the national registry in Denmark, Dr. Mariana Martins was able to follow over 40,000 women having assisted reproduction treatments (ART) over 16 years. She was able to survey the data for 42,845 patients in total. The relationship status of the couples was confirmed for two years before patients were admitted into the study and every patient included was either married or living with a partner.

A control group was taken from the general population made up of couples who did not choose or need to undergo fertility treatments. They were matched for age with the patients included in the study. It was found that 65% of the ART patients had one or more children with their partner within the 16 years following the baseline of the study. This compares with 56% of the non-ART couples.

Going through fertility treatments may bring couples closer together

While Dr. Martins does not disqualify the emotional and financial strains these kinds of treatments can have on the marriages and relationships of their patients, the results of her study are clear. There is no direct link between undergoing ART and divorce rates among patients. At the end of the 16 years, only one fifth of the ART patients had gotten divorced or ended their relationship in some other way.
The findings of the study actually showed a slightly smaller percentage of couples who divorced after undergoing ART (20% of ART couples compared with 22% of non-ART couples). Dr. Martins speculates that it is often the inability for couples to conceive that leads to divorce, rather than the treatments themselves.

In fact, in some cases, the struggles of undergoing fertility treatments can actually bring couples closer together. Unlike with other maladies, when dealing with infertility, both partners are treated as patients. Both men and women can be diagnosed with infertility. In many cases, the man will take on the role of caretaker to the woman as she undergoes in vitro fertilization (IVF) treatments. This creates a sense of dependence and support between spouses. On top of this, undergoing IVF forces couples to develop stronger communication and coping strategies together.

The results of this study will bring reassurance to couples thinking about or undergoing fertility treatments. Something important to anyone considering parenthood is the stability of their relationship, and these findings will bring comfort to many who undergo these treatments. These findings can also reinforce patients’ commitment to completing the treatments once they have started.

Writing a story about your divorce aids in recovery

Can Your Divorce Impact Your Child’s Health?