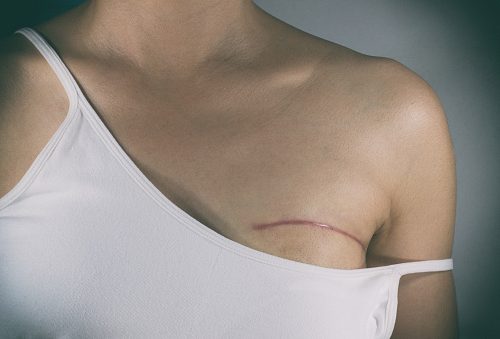 It is none too common these days to hear of a woman who has decided to undergo single or double mastectomy surgery as part of a cancer treatment plan or as a preventive measure. Some women even choose to have beautiful tattoo work done to cover the scars of surgery, or simply to re-create the appearance of a natural nipple post-op. But, did you know there is another breast removal surgery option, one that maintains the natural nipple?

Though many women prefer the option of an NSM surgery for cosmetic reasons, most doctors are hesitant to perform them as there has not previously been much research comparing their recurrence rates to standard mastectomies. They simply do not want to put their patients at heightened risk of cancer recurrence for the sake of appearances. A new study, however, has found that within the first five years after an NSM—which is when most recurrences are found—recurrence rates of breast cancer are low.

The study took place at the Breast Program at Massachusetts General Hospital in Boston. The researchers who participated in the study say that their research features some of the longest follow-up periods post operation than ever before. Their data show that the rates of cancer recurrence in women who undergo NSMs are comparable to those who opt for the standard mastectomy.

This surgery is said the have several benefits over regular mastectomies, both physical and psychological. After an NSM, the tissue remaining looks more natural than if all of the breast tissue was removed. Women often report feeling more complete after an NSM than a full mastectomy. Breast reconstruction is also much easier after an NSM, often requiring only one additional implant surgery to reconstruct a woman’s breast.

There are certain criteria that make a woman ineligible for the nipple-sparing mastectomy:
• Evidence of cancer development in the nipple or areola
• Breast cancer that has advanced to include parts of the skin around the breast tissue
• Inflammatory breast cancer
• Larger or sagging breasts

The researchers tracked follow-up data with participants between four and 101 months after the NSM surgery. Most patients continued to have check-ups with their personal physicians for up to five years after the procedure. The percentage of patients who were cancer-free after the NSM surgery was 95.7 percent at three years post-op and 92.3 percent at five years. There was cancer recurrence in 17 patients at the 51-month mark, but no patients had a recurrence in their nipple-areola complex.

Even in high-risk patients, it is very uncommon for breast cancer to begin in the nipple. According to the results of this study, the rate of cancer recurrence for women who undergo nipple-sparing mastectomies is not any higher than those who opt for the standard operation. Women who are considering either of these surgeries should consult with their physician.