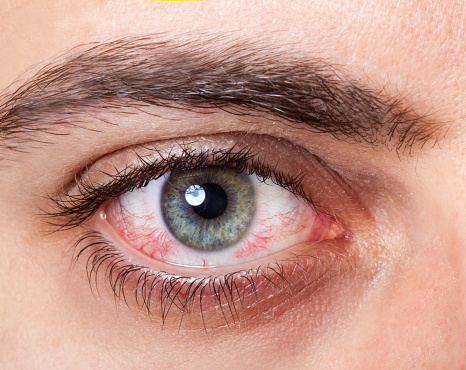 A new study has identified a molecule involved in the formation of new blood vessels in the eyes of diabetic mice, according to researchers at Bascom Palmer Eye Institute, part of the University of Miami Miller School of Medicine.

The study, which was published in The Journal of Experimental Medicine, goes on to suggest that the inhibition of this newly found molecule may prevent abnormal blood vessels responsible for damaging the vision of not only diabetic patients but also premature infants.

Diabetic neuropathy is a long-term complication that occurs in individuals who have had diabetes for a number of years and affects nearly 93 million people worldwide. The condition is characterized by an abnormality in both eyes, whether it be blurred vision, impaired color accuracy, dark spots, or a complete loss of vision altogether. It occurs due to the leakage of blood in the small vessel of the eye due to chronically high blood sugar levels. This blockage or leakage results in the eye attempting to grow new blood vessels to bypass the anomaly in an attempt to maintain perfusion, which unfortunately tend to form abnormally. A molecule called vascular endothelial growth factor (VEGF) is responsible for this excess blood vessel growth, and it is targeted for inhibition in diabetic retinopathy treatment, however, it is only effective in about one-third of patients.

Another condition unrelated to diabetes, but one that behaves in a similar fashion to diabetic retinopathy, is retinopathy of prematurity (ROP), and it is the most common cause of vision loss in children. It affects up to 16,000 premature infants every year in the U.S. While the use of VEGF would help premature children in this regard, it is not used in infants due to extraneous circumstances.
This is where the discovery of a new molecule involved in the process of developing blood vessels in the eye is very promising. Study lead author Wei Li and his colleagues at Bascom Palmer developed a technique called comparative ligandomics. This new technique helped identify additional molecules involved in the regulation behavior of blood vessel formation in diabetic mice. It allowed the researchers to compare signal molecules that selectively bind to the surface of retinal blood vessel cells in diabetic but not healthy animals. By using this technique, Li and his colleagues discovered an entirely new protein called Secretogranin III (Scg3), which efficiently binds to the surface of retinal blood vessel cells in diabetic, but not healthy, mice, stimulating vessel growth but also increasing vascular leakage.

“It is estimated that between one-third and one-half of all marketed drugs act by binding to cell surface signaling molecules or their receptors,” says Li. “Our ligandomics approach can be applied to any type of cell or disease to efficiently identify signaling molecules with pathogenic roles and therapeutic potential.”

VEGF stimulates blood vessel growth in both diabetic and healthy mice, while the current test results concerning Scg3 suggest it binds to a distinct cell surface receptor that is specifically up-regulated in diabetic mice. This led Li and this team to develop Scg3-neutrilizing antibodies in an attempt to reduce the leakiness of the retinal blood vessel with great success. The developed antibodies also significantly inhibited the growth of new blood vessels in mice with oxygen-induced retinopathy, a well-established animal model of human ROP.

While human testing is still necessary, this new discovery demonstrates incredible promise for treatment options for diabetic neuropathy and ROP.

Related: Getting rid of eye floaters: Home remedies and exercise

Is glaucoma hereditary or a genetic disease?

How to get rid of red bloodshot eyes naturally