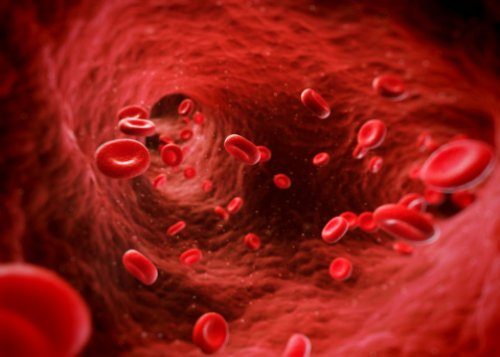 Giant cell arteritis (GCA) is a fairly rare condition, said to occur in 1 in every 10,000 people. It is nearly three times more common in women than men and generally occurs only in adults over 40. GCA is a disease of the blood vessels, which can cause the swelling and thickening of the temporal artery, along with other symptoms including headaches, scalp tenderness, pain in the jaw, and double vision.

GCA has previously been associated with polymyalgia rheumatica (PMR), as the condition is mediated by the immune system. PMR is a disease of the muscles and joints, affecting both sides of the body, and the shoulders, arms, neck, and buttocks. Previous research has found that nearly one fifth of PMR patients will also suffer from GCA during the course of the illness. A new study has aimed to determine exactly how many PMR patients are likely to develop GCA and which symptoms are most prevalent and indicative of the comorbidity of the two.

The study examined 652 newly diagnosed PMR patients, with a follow up time of two years. The researchers gathered information of the participants with a self-reported questionnaire, filled out at the outset and at the termination of the study period. Participants were asked to report on PMR symptoms, lifestyle factors, demographics, sudden onset headache, tender scalp, double vision, jaw pain on chewing, high temperature/fever, appetite loss, and unintentional weight loss.

The researchers state that the results suggest that around one quarter of newly diagnosed PMR patients report symptoms commonly associated with giant cell arteritis. Jaw pain was the least reported symptoms, with headaches, weight loss, and appetite loss the most commonly reported. The results did show that the prevalence of headache in patients with PMR is much higher than in the general population. The researchers feel that this sample study population is representative of the larger PMR patient population.

One limitation of this study is the relatively short follow up period with the participants. As the patients were only recently diagnosed with PMR when the study began, no formal diagnoses of GCA had been made at the time of the conclusion of the study. The researchers were only able to presume that the patients demonstrating GCA-like symptoms went on to be diagnosed with GCA at a later date. This was especially emphasized in the participants who reported more than one of the symptoms commonly associated with GCA.

These results lead the researchers to believe that PMR patients require screenings for GCA throughout the course of the illness, even from the very moment of diagnosis.

Fibromyalgia vs. polymyalgia: Differences in symptoms, causes, and treatment