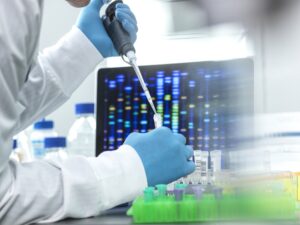 The most common disease hits people when they get older: Alzheimer’s, heart disease, diabetes, and more, typically arise in the latter half of a person’s life.

Have genetics destined millions for these conditions, or is there more at play?

A new study from the University of California, Berkely, suggests that genetics matter less as a person gets older and that other factors are likely the culprit.

The work was published in Nature Communications.

The researchers said that aging and environment play a significantly more important role than genetics in modifying gene expression as people get older. Gene expression ultimately plays a key role in various biological processes, including metabolism, hormones, and immune function.

They also said that looking at a person’s genetic makeup can be great for forecasting how genes may express themselves in younger people. It becomes far less beneficial in those over age 55, who are ultimately more susceptible to disease and other conditions.

Age is a big factor in disease because the older you are, the more your body has had to put up with, and it can get weaker. Environmental factors like the air you breathe can play a role, as can lifestyle decisions like the type of diet you follow and the amount of exercise you get.

There are countless studies, for example, that indicates that lifestyle choices like diet and exercise are closely linked to disease risk with age. These findings suggest that gene expression may be less determined by hereditary factors and genetics than environmental and age-related factors.

So the takeaway here may be that just because a parent or other family member developed a condition may not mean you are destined for the same outcome. It appears the older a person gets, the more the decisions that make each day play a role in their health.

You can’t stop time from moving, but you may be able to influence how it passes and its influence on your health.