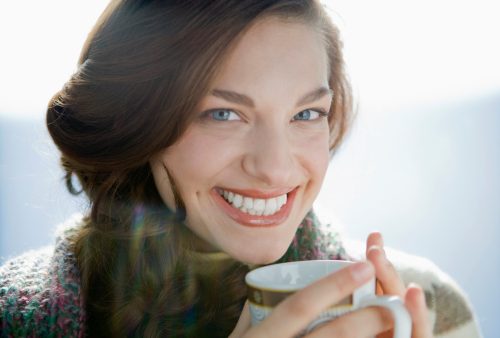 Drinking tea has long been known to have many benefits. It is a great alternative to coffee if lower levels of caffeine are desired, it contains antioxidants, and can even help with weight loss. Tea also plays a key role in modulating disease risk in humans by suppressing tumor progression, decreasing inflammation, and influencing estrogen metabolism mechanisms. Researchers wanted to look more into the role tea plays in estrogen.

They found that epigenetic changes in genes known to interact with cancer and estrogen metabolism were associated with tea consumption.

Changes to how the body reacts

There are many things known to cause epigenetic modification. These include our environment and lifestyle factors. The foods we eat, smoking cigarettes, and various chemical exposure all affect our genes in some way. Epigenetic changes are not necessarily a bad thing. It is the reason why our skin cells look different from our brain and muscle cell. All three contain the same DNA, but their genes are expressed differently, creating different types of cells.

This may work against us, however, as the body has what is called “tumor suppressor genes,” which as the name suggests, suppressed the formation of rapidly dividing cells. If this gene were to become inactive or “silenced,” it could lead to tumor formation. Epigenetic change can also lead to the inhibition of genes that help repair damaged DNA, leading to increased cancer risk.


Investigation of a popular beverage

“Previous studies have shown that tea consumption reduces estrogen levels which highlights a potential difference between the biological response to tea in men and women. Women also drink higher amounts of tea compared to men, which increases our power to find association in women,” said study lead Weronica Ek, a researcher at the Department of Immunology, Genetics, and Pathology.

The researchers feel that these results highlight the pharmacologically active components of tea, helping reflect its beneficial effects. However, the researchers stress that more research is needed on the subject.

Iced tea: Is it good for your health?

Herbal teas for a cup of good medicine