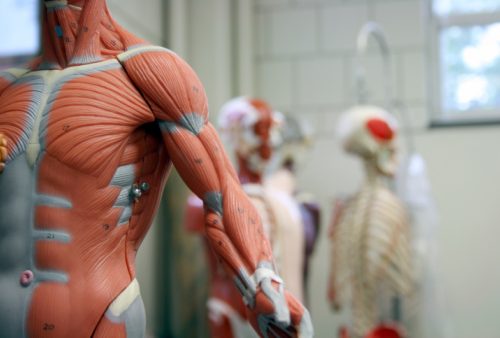 It is a well-known fact that as we age, our muscles become weaker and atrophy due to a lack of use. There are many things that can be done to somewhat counteract this normal phenomenon, but in the end, it is caused by aging cells no longer being as robust as they were. However, new research from Sanford-Burnham Prebys Medical Discovery Institute (SBP) has provided new insight on triggering muscle formation using a previously unrecognized step in stem cell-mediated muscle regeneration.

Researchers of this study describe molecular mechanisms that impair muscle stem cells (MuSCs) that typically occur as a result of old age and present as a decline in muscle function.

The researchers go on to say that the process of muscle generation—called myogenesis—depends on the activation of MuSCs that are in the resting state, and as we age, this process transitions into a state of permanent inactivation called senescence. Their goal was to discover why this occurs and to somehow reverse this state, perhaps with the use of a pharmacological intervention to “wake up” these senescence cells to form new muscle fibers. If they could do this, they could provide a method for building muscle to patients who need it.

During the study, the researchers found that the reason old MuSCs can’t generate muscle cells is they spontaneously activate a DNA damage response (DDR), turning on the machinery needed to repair breaks and errors in DNA and activate cell cycle checkpoints, which unfortunately inhibit the cells from dividing further.

“In our study, we found that the senescence-associated DDR prevents MuSCs from differentiating by disabling MyoD-mediated activation of the muscle gene program. We also learned that a prerequisite for activating the muscle gene program is progression into the cell cycle, a process that is irreversibly inhibited in senescent cells,” said Lorenzo Puri, professor in the Development, Aging and Regeneration Program at SBP.
By identifying this process, the researchers were able to understand why it is so difficult for geriatric patients to generate new muscle fibers. They identified experimental strategies to get these senescent cells moving through the cell cycle and activate myogenesis, which they consider a good start. They achieved their results by studying a combination of a mouse model and human fibroblasts—a cell of connective tissue. While this does mark a step in the right direction, the research team feel that enforcing old MuSCs for new muscle might lead to the formation of muscle fibers with nuclear abnormalities due to DNA alterations that occur during the aging process.

“Given the tremendous impact that decline in muscle function has on aging and lifespan, research that elucidates pathways and networks that contribute to the progressive impairment of MuSCs—such as that reported here—may lead to targeted pharmacological interventions that improve human health,” says Dr. Puri.

Related: The cause of weak muscles and bones you didn’t know