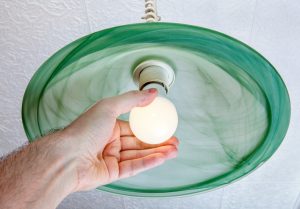 When we talk muscles and bones, you probably think of building strength with exercise. While physical activity does the trick, it’s not the only factor determining the strength or weakness of your muscles.

Aging is another large factor that can rob you of your strength and cause bone weakness. Still, there’s something else that can be taking a toll on your body. Something you may not be aware of. You may be even shocked to find out that…

Whether you are at home, in an office, out in a public area, or even in a hospital, there is artificial light everywhere. A recent study on animals has uncovered that excessive exposure to “light pollution” can negatively impact your muscles and bones.

The researchers tracked the rats that were exposed to continuous light for six months and compared them to the rats living in normal conditions – 12 hours of light, followed by 12 hours of darkness.

The rats that were exposed to continuous light were weaker and even developed early stages of osteoporosis, a bone disease. They were also fatter and had higher blood sugar levels.

While previous studies have found that continuous light could affect cognition, the researchers were surprised to see the detrimental effect of exposure to light on muscles and bones. Why or how artificial light leads to muscle and bone weakness is unclear. It is speculated that continuous light may be taking a toll on the rats’ motor functions.
Chris Colwell, a psychiatry professor and sleep specialist at the University of California, commented, “The study is the first of its kind to show markers of negatively-affected muscle fibers, skeletal systems, and motor performances due to the disruption of circadian clocks, remarkably in only a few months. They found that not only did motor performance go down on tests, but the muscles themselves just atrophied, and mice physically became weaker under just two months under these conditions.”

The good news is, we aren’t doomed to weakness induced by the artificial light and its effects can be reversed. The researchers found that once the rats under constant light exposure returned to normal conditions, their health issues were resolved within two weeks.

The secret to strong bones