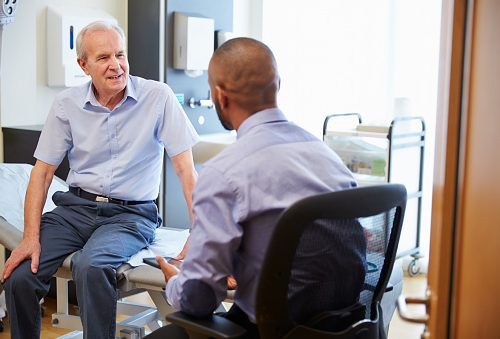 Colon cancer is one of the most common causes of cancer in the United States, and sadly, it’s one that is preventable in about a quarter of all cases. Most instances of the disease are due to lifestyle factors that can be changed or augmented, further reducing risk. Several types of screening tests have also been implemented to help patients recognize if they have the condition, but sadly, they go underutilized.

A first-of-its-kind clinical trial promises a new non-invasive technology for a colon cancer screening test examining stool DNA (sDNA). The researchers plan on comparing its effectiveness against the gold standard for colon cancer diagnosis: the colonoscopy.

“Colon cancer is the second leading cause of cancer deaths in the United States but is a preventable disease. Early detection through screening can prevent the development of colon cancer. This promising new test has the potential to improve colon cancer screening rates and decrease mortality from this deadly disease,” says Gregory Cooper, MD, Co-Program Leader for Cancer Prevention at UH Seidman Cancer Center and Professor at Case Western Reserve University School of Medicine, and the primary investigator for the study.

The unpopularity of the colonoscopy

A possible reason why this type of cancer is so prevalent is that it requires a colonoscopy—the use of a tube-like instrument called a colonoscope inserted into the rectum. It’s uncomfortable, but it is by far the most accurate to assess for colon cancer.

By having a visual representation of how your colon looks, physicians can look for abnormally looking tissue and polyps (small growths protruding from a mucous membrane) and can take a sample of tissue on the spot if need be, via biopsy.

The problem with abnormal growths (polyps) in the colon or rectum is their potential for invading or spreading to other parts of the body. While there are many different forms of colorectal cancer, they typically are due to old age and lifestyle, with a small number of cases being due to genetic predisposition.

In the United States, colonoscopies are recommended to begin in the mid 40’s and early 50’s, with high-risk individuals (with significant family history of colorectal cancer) needing screening at age 40, or 10 years earlier than the age their relative was diagnosed.

This general recommendation for colonoscopy should be done every 10 years, with earlier screening times modified for those considered at higher risk. (A detailed list of screening and surveillance for early detection are provided in the American Cancer Society guidelines.)

“SDNA technology is a completely non-invasive approach and a complement to colonoscopy. It is emerging as a promising alternative for patients who do not want to undergo colonoscopy or do not have access to the procedure. It also can be beneficial for patients during the years in between colonoscopies,” says Dr. Cooper.

While the study is still currently underway, the researchers are optimistic that this medical advancement will deliver superior clinical outcomes for patients. Having a non-invasive test, such as sDNA, will likely dramatically increase screening rates and decrease mortality.