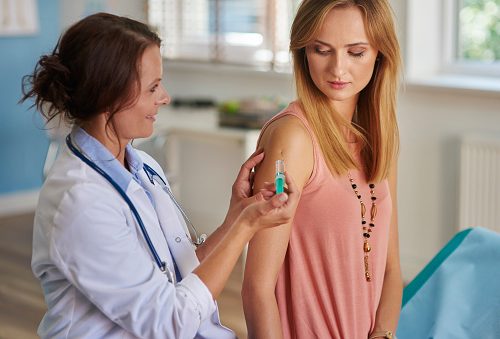 Two new vaccine candidates, called APPROACH and TRAVERSE, are still in the experimental stages but are showing promising results. The TRAVERSE vaccine will have full results by the end of this year, and if they are as positive, both vaccines may move into larger trials in southern parts of Africa. The focus of these potential future trials would be to test the safety and efficiency of the vaccines in women who are at risk of contracting HIV.

The APPROACH vaccine is based on the “mosaic” style, meaning that the vaccine is meant to introduce the immune system to many different strains and subtypes of HIV that are responsible for the HIV virus in humans around the world. The idea behind it is that the more paths that are explored in the vaccine, the more likely it is to be able to effectively reduce the spread of the infection and be useful across different regions. As different subtypes of HIV are predominant in different geographic areas, this is the best strategy to try and reduce the problem worldwide.

Approximately 400 participants from five countries around the world received one of seven experimental vaccines or placebos as part of the APPROACH trials. The participants received four vaccines over the course of 48 weeks. The first two vaccines were priming vaccines and the final two were boosting vaccines.

The results of the APPROACH trials and other research, including the ongoing TRAVERSE trials, lead researchers to believe that a larger human trial of these vaccine regimens would be beneficial in order to learn more about their potential. The projected number of participants for this future trial currently stands around 2,600 healthy HIV-free women. This larger trial would be crucial in determining if the vaccine regimens can actually prevent the contraction of HIV, as an immune response to the vaccine does not guarantee this.