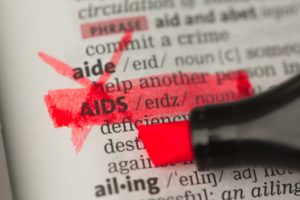 A new study has found that patients with HIV may age faster, compared to individuals without the virus. With the improvements of antiviral medications, HIV patients are living longer, but doctors have noted that patients still manifest the signs of premature aging.

Researchers used a highly accurate genetic marker of aging and found that HIV causes up to five years of premature aging. This premature aging increases the risk of death by 19 percent.
Coauthor Howard Fox said, “The medical issues in treating people with HIV have changed. We’re no longer as worried about infections that come from being immunocompromised. Now we worry about diseases related to aging, like cardiovascular disease, neurocognitive impairment, and liver problems.”

There may be drugs to slow down premature aging, but researchers suggest that HIV patients partake in healthy lifestyle choices with proper nutrition, exercise and avoiding drugs, alcohol, and smoking.