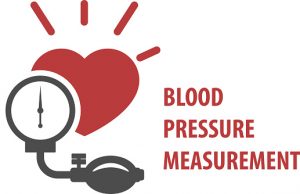 One of the greatest risk factors for the development of life-threatening conditions such as heart disease and stroke is an increase in blood pressure. Nearly 75 million Americans currently suffer from high blood pressure, and only half have the condition under control.

This effectively lowers the threshold of hypertensive cases, meaning millions of more Americans will now be classified as having hypertension.

Changing guidelines for the better

The new guidelines stress that for most patients now classified as being hypertensive, the recommended treatment is lifestyle changes. This will primarily mean changes in diet and weight loss. Medication will only be used when conservative treatment options fail.

“There is a growing body of evidence that lower blood pressure is better for your health,” said Dr. Steven Houser, the immediate past president of the American Heart Association.


This change to the guidelines was the result of three years of rigorous review of nearly 1,000 studies on the subject. The following categories are now considered the standard for blood pressure measurements:

Having high blood pressure puts you at significant risk

The point of lowering the threshold is to reduce risk in patients. A 2015 study known as the SPRINT trial found that patients aimed to lower their systolic blood pressure to around 120mmhg were 27 percent less likely to die during the study period, compared to those who aimed to have their blood pressure to less than 140mmhg.

People with blood pressure between 130-139/80-89 are considered to have double the risk of cardiovascular disease complication compared to those with normal blood pressure.

“We want to be straight with people—if you already have a doubling of risk, you need to know about it. It doesn’t mean you need medication, but it’s a yellow light that you need to be lowering your blood pressure,” said Dr. Paul Whelton, a professor of global public health at Tulane University and lead author of the guidelines.

This is the most important factor for healthy blood pressure