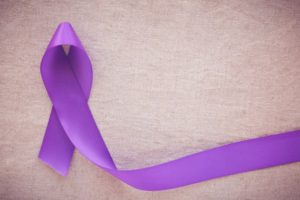 A drinkable “cocktail” of drugs may be the future for Alzheimer’s treatment. This combination of drugs has been found to treat and reverse memory loss in mice. The mice experienced improvements in memory by drinking this cocktail twice daily for a month.

The drink combines “designer molecules” that help to block crucial steps in the progress of Alzheimer’s disease. Now, researchers at Yale University are determining if this cocktail could benefit humans.

Dr. David Reynolds of Alzheimer’s Research UK explained, “The researchers showed that this experimental drug is able to improve memory symptoms and restore vital nerve cell connections in mice bred to have features of Alzheimer’s. These promising early results will need to be reproduced in further experiments that also establish the drug’s safety profile before it can enter clinical trials to see whether it is effective in people with Alzheimer’s disease. With no new drug treatment for dementia in over 15 years, promising early findings like this serve as a positive reminder that research is making progress towards breakthroughs that will change lives.”

The study screened for tens of thousands of compounds to better understand which molecules interfere with the steps of Alzheimer’s disease progression. One of those steps is “the binding of amyloid beta peptides to prion proteins” in the brain.

Through screening of 2,560 known drugs and 10,130 diverse small molecules, the researchers uncovered molecules which could have therapeutic effects.

The cocktail was based on an old antibiotic that has been optimized as a polymer to make it active.

Mice given this cocktail of molecules experienced recovery in their lost memory as their synapses were repaired.

Before this new treatment can be rolled out, it must be determined to be safe on humans through clinical trials, but the findings do provide hope that science is closer to providing Alzheimer disease patients with a better course of treatment.