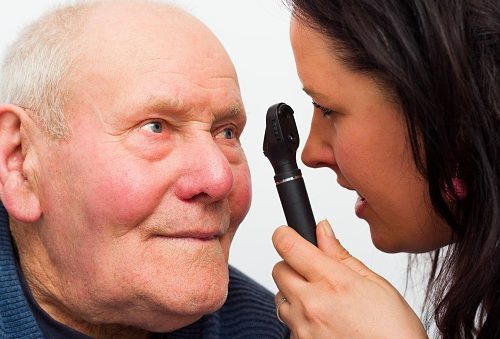 Over three million Americans are living with glaucoma, an eye condition that results in damage to the optic nerve that is responsible for providing us with the ability to see. Most people affected by the condition are over the age of 60, which is partly because glaucoma is an insidious disease that is commonly diagnosed after the damage has already been done.

Glaucoma management may get a little easier, as a new device has been created that allows glaucoma patients to measure their own eye pressure at home. Called “Icare HOME,” the new device aims to reduce repeat trips to the doctor’s office.

Glaucoma is a progressive condition, where over time, pressure builds up in the eyes and can lead to optic nerve damage. Intraocular pressure—the pressure within the eye—damages the cranial nerve, responsible for sending the images you see to the brain to be interpreted.

When this nerve becomes damaged, it can lead to significant sight impairment or even blindness in just a few years. One of the most troubling aspects of glaucoma is that in its initial phases, it may not present with any symptoms and it is not until you start to notice problems with your vision that glaucoma cases are diagnosed.

It is recommended that those over 40 years old and have a family history of glaucoma have a complete eye exam from an eye doctor every one to two years. This is especially important if you suffer from a health condition, such as diabetes or high blood pressure.


Testing for ease of use

The researchers who tested the device found that among 100 glaucoma patients, most were able to successfully use the handheld device. This was an important finding, as it showed that patients were able to self-administer a test measuring eye pressure with relative ease.

The study involved each patient receiving a 30-minute lesson using the Icare HOME device, which is essentially a handled tonometer, similar to the ones used by doctors. The patients were then observed using the device, with their measurement being compared against those done in an office setting.

The researchers found that just under three-quarters of participants used the device correctly and got readings within five points of what professionals did with the same device.

Dr. Andrew Tatham, the lead researcher of the study, saw a need for a personalized at-home device as the pressure within the eye itself shifts throughout the day. He goes on to say that because of this, periodic office visits may not tell the whole story.

The “self-tonometry” device is already available in Europe with it now being approved for use in the United States.

However, some professionals question its necessity, stating that most glaucoma patients don’t need to measure intraocular pressure. They do admit that it could help prevent further damage as it can indicate if treatment is working or not.