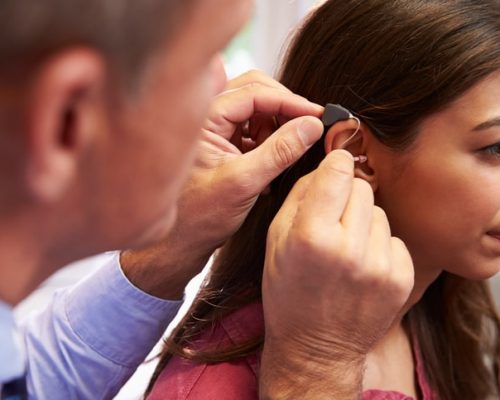 Hearing loss is something that many of us will suffer from as we age, but some people experience this decline earlier than others. At times, the affliction can come on suddenly, but unfortunately, treatment options are still limited. As an estimated 30 million people in the United States are affected to some degree by hearing loss, discovering methods of treatment has been the focus of research for the last while. Some of this research has actually found information about the inner ear that could lead to a new therapy for hearing loss in the future.

The concept for this new potential therapy was derived from other places in the animal kingdom. It has been observed that certain species of animals in the wild have the ability to regenerate the tiny hairs found in the cochlea (inner ear), which are able to translate vibrations into electrical signals that are understood by our brains as sound. So, the researchers behind a new study attempted to regrow these hairs in humans.

“It’s funny, but mammals are the oddballs in the animal kingdom when it comes to cochlear regeneration,” said Jingyuan Zhang, co-author of the study. “We’re the only vertebrates that can’t do it.”

The lead researcher behind the current study, Patricia White, previously conducted research in birds that identified a family of sensors, called epidermal growth factor (EGF), which activated support cells in the auditory systems in the birds being observed. These cells allowed the birds to regenerate the cells for the auditory hairs. The results of her previous research led White to believe that a similar result could be created in humans if the pathways were simulated.

“In mice, the cochlea expresses EGF receptors throughout the animal’s life, but they apparently never drive regeneration of hair cells,” said White. “Perhaps during mammalian evolution, there have been changes in the expression of intracellular regulators of EGF receptor family signaling. Those regulators could have altered the outcome of signaling, blocking regeneration. Our research is focused on finding a way to switch the pathway temporarily, in order to promote both regeneration of hair cells and their integration with nerve cells, both of which are critical for hearing.”

Once the ERBB2 was activated, the results showed a domino effect, through which the support cells in the cochlea began to duplicate and in turn activate the sensory cells nearby into producing new sensory hair cells. The researchers also found that the process helped the regenerated hair cells to integrate into the nervous system, completing the loop to potentially restore hearing in those who have lost it.

Further research is still required to test these findings in humans.