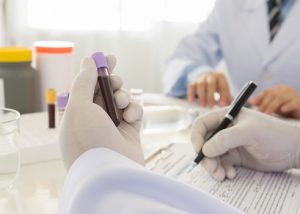 Liver disease is on the rise and often times, patients go symptomless for years only to be diagnosed when liver damage has progressed to dangerous levels.

Early detection of liver disease is important so that treatment can intervene and protect the liver and overall health of the patient. And now, there may be a new test that patients can undergo to detect liver damage early on.

The blood test is able to distinguish between healthy patients and those with different levels of liver damage.

Researcher William Rosenberg explained, “We hope that our new test could be used on a routine basis in GP surgeries and hospital clinics to screen people who face an elevated risk of liver disease, but don’t yet show signs of liver damage to identify those with serious fibrosis, so that they can access treatment before it’s too late. This may open the door to a cost-effective regular screening program thanks to its simplicity, low cost, and robustness.”

The researchers developed a sensor that uses large molecules known as polymers, which are coated with a fluorescent dye that binds to proteins found in blood based on their chemical properties.

The researchers used a group containing 65 individuals varying in liver health. The outcome was the sensor could identify different protein levels in the blood of people.

William Peveler who completed the study added, “By comparing the different samples, the sensor array identified a ‘fingerprint’ of liver damage. This method is known as a chemical nose, as it can recognize the difference between healthy and unhealthy blood samples without relying on known disease markers.”

If this blood test is rolled out, it could help identify potential liver disease patients much earlier, which could offer life-saving benefits.