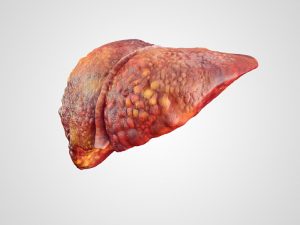 In a study published in The Journal of Biological Chemistry researchers uncovered that liver regeneration functions much simpler than once believed. In the past it was shown that cells which are part of regeneration act as they would if they were in an embryo. In the fairly recent study scientists uncovered specific proteins that induce regeneration. They felt that by being able to stimulate such proteins they would be able to better help those with severe liver damage or those who have had portions of their liver removed.

After extensive testing, the scientists uncovered that previous theories of cells acting as they would in embryos was actually not true, but rather liver regeneration occurs due to an increase in cells which multiply through regular cell division. Therefore, researchers believe stimulating liver regeneration is possible by activating identified proteins. 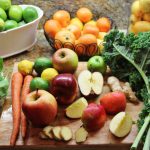 Although the liver is able to regenerate itself, it’s important you keep it healthy and eat foods which can further help promote liver regeneration. The following foods can help boost liver health as well as function.

Grapefruit: Grapefruit is packed with powerful antioxidants and fiber. Grapefruit can contribute to good cholesterol and boost the liver-cleansing process. One word of caution is that grapefruit can negatively interact with medications, so speak to a doctor before incorporating grapefruit into your diet.

Avocados: Avocados pack nearly 20 essential nutrients and vitamins; not only are they good for your body, but they feed your liver all the right stuff. Avocados can help neutralize free radicals as well as promote the production of glutathione which helps with toxin removal.

Apples: We know apples are good for overall health; you should continue with your apple-a-day trend as they can help promote liver cleansing and remove toxins in the digestive tract.


Other foods for liver regeneration

Aside from the above mentioned foods, there are others which can keep the liver healthy, promote liver cleansing and ensure you stay the healthiest you can be. The next time you opt for a meal or a snack make sure you also add these foods into your diet for a healthy liver.

How proteins may help in liver regeneration 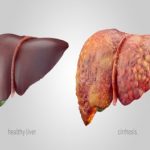 What the researchers did uncover, though, is to boost PPARα in humans for quicker liver regeneration we require protein fibroblast factor 21 (FGF21). Author of the paper Yu-Jui Yvonne Wan said, “We found that FGF21 is a good rescuing molecule that facilitates liver regeneration and perhaps tissue repair. Our data suggests that FGF21 could help with liver regeneration, either after removal or after damage caused by alcohol or a virus.”

Until science is capable of fully regenerating livers it’s important to maintain the health of yours as best as you can. Waiting lists for liver transplants are extremely long, so in order to keep your name off the list, enjoy the foods listed above which can promote a healthy liver and a healthy you.