Home » General Health » Nature-deficiency disorder: What it is and how to avoid it 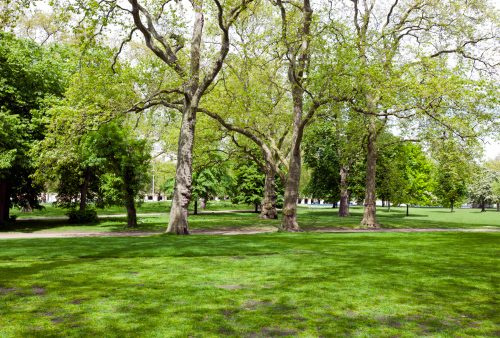 There’s a new phenomenon sweeping the globe: nobody goes outside anymore.

The term nature-deficit disorder became popular after it appeared in Robert Louv’s 2005 novel Last Child in the Woods. If you want to know more about this strange phenomenon, Louv’s book is an excellent place to start (as soon as you’ve finished reading this article, of course). Some of the questions we hope to answer here are: what is it? how do you get it? who does it affect most? how do you know if you have it? and how do you stop it?

Nature-deficit disorder is just what it sounds like: a deficiency of nature. The disorder, though it’s not a scientifically recognized term or condition, is apparently prevalent in school-aged children. This term is simply a descriptor for human alienation from nature. Many speculate, including Louv himself, that this condition is a result of our changing society. With the boom in technology and accessibility of information through the internet, children are spending less time outside and more time indoors on their computers and smartphones.

For many of us, this condition may not be entirely unfamiliar, especially if you live in an area where seasonal depression is prevalent during the fall and winter seasons. But why does it appear that nature-deficit disorder is more prominent in children than in anyone else? As it turns out, there may be many reasons for this.

Children have no reason to go outside

School aged children spend the majority of their 24-hour day—between attending school for six to eight hours a day and sleeping for another eight to ten at night—inside. On top of school, students may spend up to three hours or more at night doing homework, working at a part-time job, participating in extracurricular activities (which may or may not also keep them indoors), and spending time with their families. Even on the weekends or during vacations from school, children are often encouraged to remain inside due to safety or health concerns.
The results of this disorder are abundant. Children with this disorder exhibit limited use of their senses, difficulties maintaining attention and focus, and higher rates of illness, both physical and mental. Over time, children with nature-deficit disorder use less of their analytical, social, structural, and conceptual brain functions.

A study done in 2015 sought to address this growing phenomenon with the induction of outdoor classrooms in schools. These could combat the limited time spent outdoors due to classroom time and time spent on homework. They could also help to add greenspaces in urban areas and neighborhoods that are lacking in greenery.

There are ways that parents can help combat the effects of this disorder in their homes. Encouraging children to be less sedentary and engaging in family outdoor activities is a big one. Any interaction with nature, no matter how small, seems to have drastic positive effects on mental and physical health. Adding green back into the home can also help—even adding a small potted plant could make a difference.

Too many children still consuming high amounts of salt