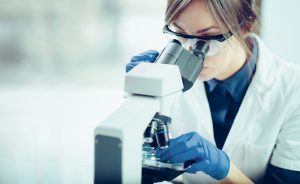 Casts in urine are found when looking at a urine sample under a microscope. Casts are typically tube-shaped particles that can be made up of white blood cells, red blood cells, epithelial cells, or substances such as fat and protein. Finding a cast in urine can help physicians determine whether the kidney is healthy or abnormal.

Different types of casts in urine

Multiple types of casts in urine have been identified, with each having some sort of diagnostic value to medical professionals. The presence of urinary casts may hint at certain disease states. They typically form in the distal convoluted tubule (DCT) and ducts of the nephrons of the kidney, then dislodge and pass into the urine as sediment, which can then be assessed under a microscope.

Types of casts in urine include:

How the test is performed

Urine casts are best assessed by providing a urine sample from your first-morning urination with samples being taken to the lab within an hour. A clean-catch sample is required to prevent the chances of contamination from germs found on penis or vagina. Your doctor may provide you a clean-catch kit that may make this process occur as smoothly as possible.

What abnormal results mean in casts in urine

Urinary casts cannot be seen by the naked eye and will require laboratory testing to identify and quantify. Depending on the particular type of cast found in the urine, having only a few or even many may be seen as insignificant. However, larger numbers may indicate some form of pathological condition occurring elsewhere in the urinary tract system.

Your doctor will be able to interpret the obtained urinalysis results to rule out the possibility of a suspected diagnosis.