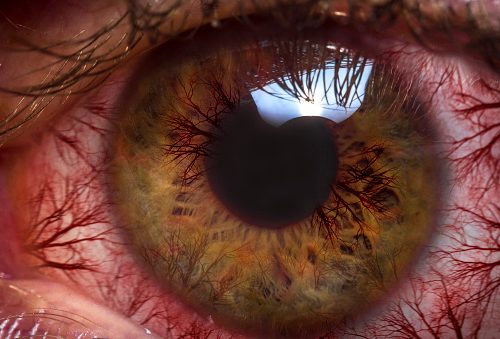 Glaucoma is a leading cause of blindness if left untreated, and despite receiving treatment, about 10 percent will still lose their vision. Currently, there isn’t a cure for glaucoma, with current treatment methods focused on slowing its progression and controlling symptoms.

However, new research out of Macquarie University in Australia may have found a way to prevent glaucoma’s permanent loss of vision. They have discovered a naturally occurring protein in the body that protects the eye from the disease.

An insidious disease of the eye

Glaucoma is a group of eye conditions that damage the optic nerve, responsible for transmitting visual information from the retina to the brain. The most common form of glaucoma has no warning signs and is characterized by a gradual change in vision that is often not recognized until it has reached an advanced stage.

Doctors recommend that at-risk individuals get regular eye check-ups because of this reason. Once vision loss has occurred, it can’t be recovered. There are two types of glaucoma to be aware of:

Open-angle glaucoma: The most common form that and develops slowly. It often begins with a steady loss of peripheral vision, which goes unnoticed by the individual. Over time, central vision will start to be lost, and eventually, loss of vision entirely.

Closed-angle glaucoma: Can present suddenly or gradually and is the most severe of the two. This type can be accompanied with severe eye pain, blurred vision, mid-dilated pupil, and nausea. Eventually, vision loss will occur if not treated.

It is estimated that over three million Americans have glaucoma, but only about half know they have it. Glaucoma accounts for nearly 12 percent of all cases of blindness in the U.S. and is the second leading cause of vision loss worldwide.

The researchers of the study discovered that the protein “neuroserpin” is critical for a healthy retina, as it regulates other enzymes and maintains a natural protective environment in the eye. The protein belongs to a family of proteins called “serpins,” which are particularly sensitive to oxidation through environmental factors.

Aging, disease, and environmental factors are known for deactivating neuroserpin, leaving the eye unprotected and potentially compromising the retina and optic nerve.

“Ophthalmologists and vision scientists have always wondered what damages the optic nerve in the back of the eyes, which is widely observed in glaucoma. The breakthrough findings of this study help us understand the disease mechanism and answer a key question that has eluded scientists for several years,” said co-author Dr. Mehdi Mirzaei.

This finding will promote further research to find better treatments or even a cure for glaucoma through genetic engineering techniques to make the protein resistant to oxidation. A whole new avenue of investigation has now opened up thanks to this discovery.